Orange Cap conceives as the most prestigious prize of IPL tournament, which is currently grabbed by Gautam Gambhir, the Kolkata Knight Riders skipper after playing against King XI Punjab in last night’s match. The honor is given that batsman, who scored much than others in the Indian Premier League (IPL). The award also consists of flexibility feature which is changing by the respective batsman of the tournament.  Actually there has only one space for the leading run scorer which currently grabbed by the Gambhir.

Gautam Gambhir has been in some bustling since the beginning of the IPL tournament and currently the Orange Cap holder with 226 runs along with two half centuries in four games, and his opening partnership with Robin Uthappa in last match has been proved blessing for the team. 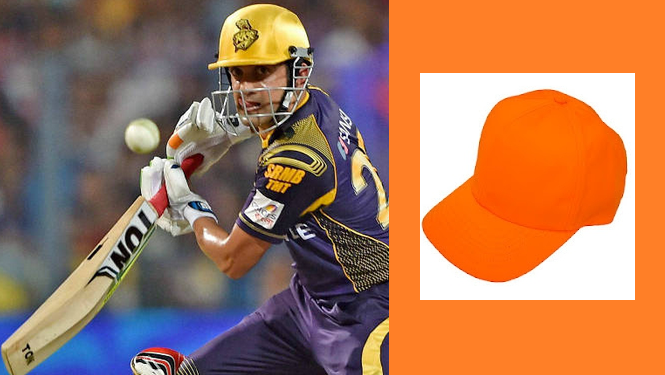 Gambhir’s scored off 38 runs in 41 balls which gave the team season’s first victory against Delhi Daredevils (DD). In the second match the skipper scored 64 off 52 balls including 2 sixes and 4 fours But unfortunately they lost the match against Mumbai Indians.

Against of Sunrisers Hyderabad Gambhir assisted 90 runs score in 60 balls which becomes the top score of the skipper in VIVO IPL. Last match the wonderful company with Uthappa he achieved 34 runs off 34 balls, which successively upgrades his level on high in scoring table of VIVO IPL.

Quinton de Kock (DD)  holding the third position in scoring table with 184, where  Faf du Plessis and David Warner standing on the 4th and fifth position with the scoring of 170 and 161 respectively. If you eager to know their current position, here is it.

Above on the table it is clearly seemed that Gautam Gambhir the KKR skipper has taken a very sleazy more than Aaron Finch in Orange Cap holder list. There are total sixty innings will be played by eight respective franchises in VIVO IPL, where per team consisting over twenty three players. According to the calculation fifty plus batsman have been taking part on VIIVO IPL from eight franchises. Here we present only ten batsman list, who assist on the top scoring.  The table is not constant, it will be changed after every matches of the tournament. The batsman who achieved the more run score he would be upgraded on the number 1 position. So guys to know about the IPL update linked with us and we will provide the latest news time to time.