Georges Kevin N’Koudou who is a French winger though yet to make his international debut with the France national team successfully moved to the English giant Tottenham Hotspur from French club Marseille. He arrived at the White Hart Lane by making a long term contract and the transfer fee was almost £11 million. He was one of the most potential move for the Spurs in last summer where they signed four new players in last transfer window. 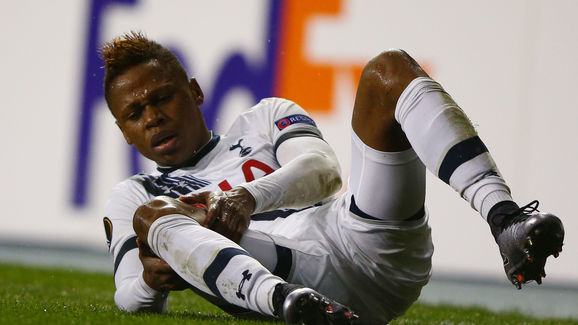 21 years old French international has signed a long term contract with Spurs which will valid till 2021 and also they can extend the agreement if they want. Former Marseille player also agreed with them about his personal term. The English side also promised to give him proper chance to perform with the first XI and already he has made with them 4 appearances in all competitions including 2 Premier League matches. Though, till now this winger has failed to scored anytimes but his current coach is very hopeful about his future. After moving to the Tottenham this 21 years old stated the official website that he is very happy to become a part of the team and he thought that it would be a perfect club for him to make his career. Besides, he also added that he always thought about playing with a English side in Premier League and so, he felt free to join here. Since his childhood, he watched the competition of Premier League and Gareth Bale is the one who was inspiring him so much to come here though bale is currently not with the English side. Like Gareth Bale, he was inspired by Cristiano Ronaldo when he was playing with the Red Devils.

N’Koudou who also played for French under 17, under 19, under 20 and under 21 football competition announced earlier of the summer before playing with the Spurs, he can not wait to get started to play with Tottenham in EPL. He also included that he is naturally able to play fast football and his dribbling capability is amazing. So, he thought the EPL would be a perfect destination for him.

In 2013, he made his professional debut with Nantes where he made totally 34 appearances and scored two league goals. Later on, in June, 2015 he made his move to the Marseille for £1 million and played for them only one season by making 28 Ligue 1 appearances with five goals. Tottenham is his third professional club and he wants to make his career with them.