One of the Big Four clubs in Premier League Liverpool has completely fixed their eye to the German international Niklas Sule who is under contract with Bundesliga side 1899 Hoffenheim. He is just 21 and Hoffenheim is his first professional club. Niklas madi his professional debut with them in 11th May, 2013 against Hamburger SV which was a Bundesliga competition where he joined the second team of Hoffenheim in 2012. However, after arriving at the first team of Hoffenheim, till now he made almost 80 league appearances and netted five times so far. He is a defender and such kinds of performance is so impressive. So, he able to impress a number of English giants and they are all wants him now.

However, the Reds are trying to land him since the last summer transfer window but the summer transfer has ended up and they failed to get him. So, they have renewed their interest to this German defender and plotting to table a bid for him in next January, 2017 which will be the winter transfer schedule. Now, with the Reds, Arsenal and Tottenham Hotspur have also joined the race for the Bundesliga player and so, the war between the Premier League trio has started. 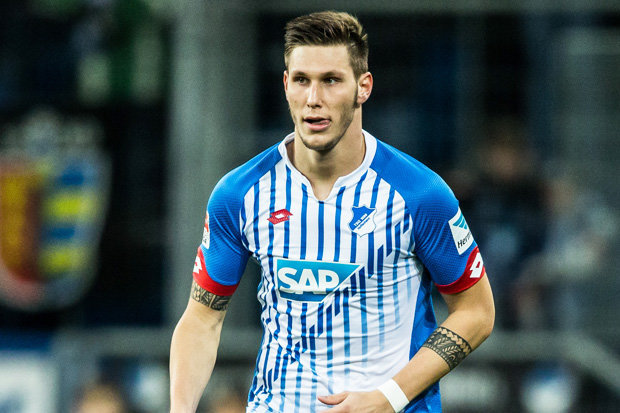 However, Liverpool once spent huge time to get this player but this time Klopp has changed his plan and not ready to waste anytime and also he is confident to wrap up the deal with him in new year. Besides, he is planning to offer a large amount for his signature also.

Klopp still knows that German international player would be  very potential player one day if he would receive proper lesson and Klopp wants to teach him in that case.

Besides, he took part in last Summer Olympics 2016 which was hosted in Rio, Brazil. He also helped the German national under 23 to win silver medal in Rio Olympics 2016 football competitions.

Despite being added Joel Matip and Ragnar Klavan at the Anfield before the end of summer transfer window to bolster his backline but also he still need a couple of hands which would be full of qualities and long term defensive alternatives for the Reds.

German by birth, Jurgen Klopp has not think that scoring rate would be any fact because Anfield possess many talented striker and they scored total 16 goals in their last six Premier League matches. So, he wants to shore up another defensive replacement. In that case, his first priority would be the German international Niklas Sule.