The race was first scheduled on 16th July in the previous calendar. But now it will be held on 2nd July as it turn forward two weeks. This way, the race will be held after Dutch MotoGp. Assen race will hold on 25th June and just a week after it will take place.

According to this change, there has seemed also a great changed to Formula One. The British Grand Prix at Silverstone has been  pushed back for a week in the final event. That means 2017 Formula One and MotoGP will be held among the seven weekends. It also expqnded the MotoGP summer break by two weeks, as the Czech GP at Brno will take place on August 6. 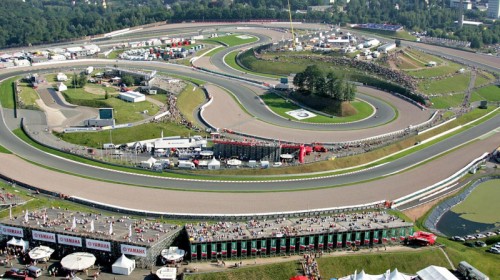 The race will start with the Qatar clash on 26th March, whiche will be represented Losail circuit. Then it moved to Argentina on the next month. 9th April the second MotoGP will take place. Actually April holding two race competition and the other is American MotoGP which executed at Circuit of the Americas.

Spain and France race will be held on May. One will take place on 7th and another is 21st May.

June cosists three compitition Italy, Barcelona and Netherlands. The change happened on that place. It first to hold on 16th July and now happen on 2nd July. After Sachsenring the race moved to Czech Republic. August presenting the three MotoGP race. San Marino and Aragon will take place on September.

Japan MotoGP will hold on October along with Australia and Malaysia. The schedule will over in November. November will cast only one race in Valencia. Here the update Calendar which expecting most exciting season.