Germany midfielder Mesut Ozil has signed a new contract with veteran club Arsenal. According to reports the midfielder has renewed the contract and it extended till 2021.

By the state of the report the midfielder will be weekly paid around £350,000 with that deal the midfielder embarked as the highest paid athletes in the club.

According to reports Ozil’s veteran contract would be finished end of the current season and the club had not agreed to lose him by any means. So, without taking risk the club has signed the man immediately. 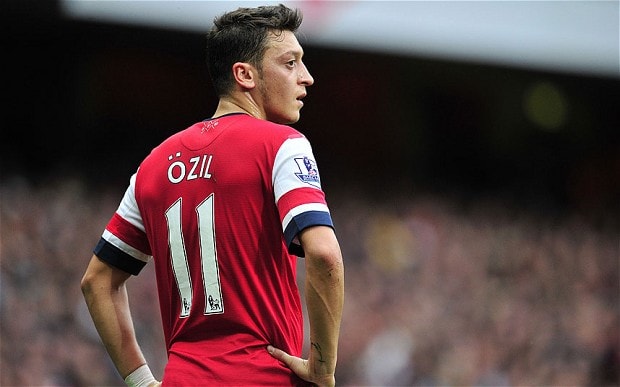 Actually, A Few days ago the 29 years old termed that he felt interest to Manchester United. But the side signed his club mate Alexis Sanchez. And with that deal his dream has been ended.

Finally, Germany midfielder proudly announced on Twitter that he signed the new deal. And according to the deal the Germany international will stay three more years with the side. :

The 28 years old man told that it became the most important decision of his football career. He also added that he took time to take the decision because he hardy think this and obviously good things takes much time.

At the end the midfielder accused that with the side he felt comfortable as he felt at home. And he also mentioned that After signing the side he became highly motivated to do something big. He dreaming to do something roar for the side in the upcoming years.

Actually, the 28 years midfielder wanted to do outstanding in the World Cup. He became a World Cup winner of the last season. This time his aim is to do same short in Russia WC.

Ozil, started his club career with Schalke 04 club. In the year 2008 he jumped to  Werder Bremen. In 2010 the MF joined the La Liga giant Real Madrid. With the side he spent stayed around three years. It was very good journey of the outstanding footballer.

In the year 2013, near five years ago he joined Arsenal by leaving Real Madrid. This season he scored 4 goals by playing 21 matches. Besides of this he being very talented guy at all. His hard work always seemed to all. His passion and determination always proved positive for the side.