Germany head coach Joachim Low has said that, he was full of anger while he heard the fans chanting some nazi-chants at the stadium while they were playing their world cup qualifier game against Czech Republic.

Low said that the fans who chanted the hated by most, nazi era chants have brought shame on their country as they have whistled and chanted and shouted nazi chants while the players, coaches and officials of both teams were having a two minute silence which was held in memory of the two Czech Republic officials who have died in Prague during a game in Czech Republic. 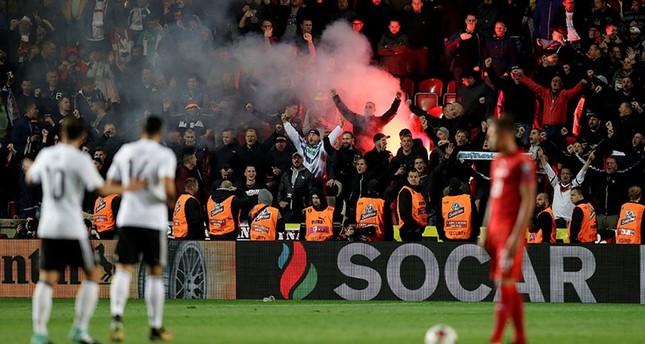 Joachim Low was asked about his feelings of the chants and he said that he is full of anger and rage as he is not sad nor he is feeling that much upset. But it is true that he is very much in rage after hearing those hateful chants in the stadium by the fellow German fans which have brought shame to their country.

Joachim Low has said in a statement that, he is very very angry about what just happened during the match against Czech Republic in the world cup qualifiers. He is very angry on the supporters or those so called fans who have used the stage of an international football match and the stadium to bring dishonor to their country with their shameful and hateful appearance and gesture which have embarrassed the people of the whole country.

He also says that, it should be considered a win to preventing those people to getting into the stadium who have these kinds of manners towards other people.

Low also stated that, he is absolutely on the side of those demanding tough sanctions, as the fact is stadium is place where people come to watch the game and enjoy themselves. it is a place where everybody can go and where despite all the rivalry and all the enmity people watch the game with a peaceful conduct to each other.

Reinhard Grindel, who is the president of DFB has said that, he is also condemned to the chanting and also wants to recheck and take action on the redistribution of the match tickets and want to use the traceable system of Germany which is used all over the Europe now.

He has said to the media that, they must discuss the issue of tickets with the other European associations and need to find more control across Europe.

However, the game was ended with a scoreline of Germany winning the game by 2-1.