Only 56 days left in the World Cup Russia. The World Cup will be played on 14th June with the match between Russia and Saudi Arabia. Brazil’s World Cup champion Germany is one of the top claimants of this championship. Before the World Cup they are flicking their players. Large research is going on in the group.

The fans of Germany are also eagerly awaiting who will be selected as their favorite team squads. Who are leaving from last WC championship and who are coming to the new face. The German coach gave possible 23-man squad for the upcoming biggest tournament. 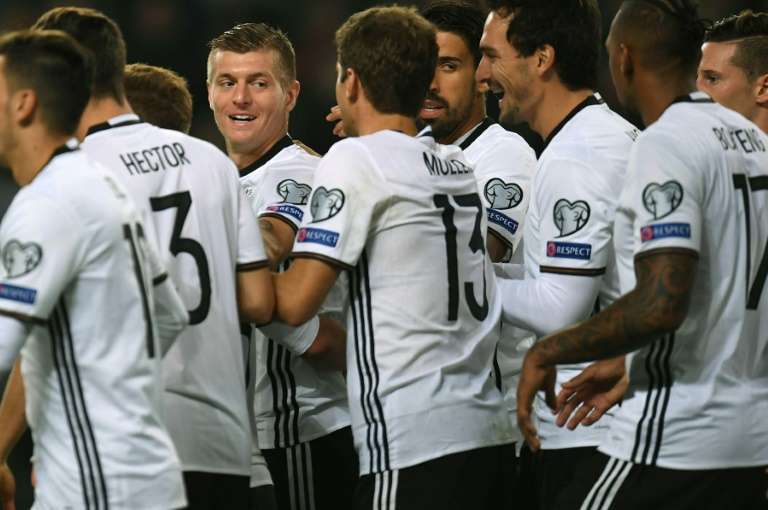 To be select the best is really very difficult tusk. It is not easy anymore. There are many talent guys presented in the Germany national side. Among of them to choose the best really not so easy because they all are best.

Manuel Neuer, the goalkeeper become the recent captain of the team. It has full possibility to lead the team during the championship. There also have other subsidiary goal stopper in the squad like Barca man Andre Taregan along with Barnard Lenno.

Apart of them we can see the midfielder Mesut Ozil, Thomas Muller, Julian Draxler and so many others. Lorraine Sanay, Mario Gomes and Timo Werner will play in the front line. The player who have set for the tournament are world class performer so far. They are ready to give their hundred percent in the competition.

For example, the 23-member squad for the upcomin championship in Russia. They have the chance to play in the Russia tournament.

Here, the possible team squad of defending champion Germany. This time the team very confident to win the title for five times. The world wide people thinking of them most favorite contestant of the competition. There also have some other contestant who have the possibility of grabbing the trophy. So it is hoping the great f in the fight upcoming championship.