FIFA world champions Germany is once again back at the top of the FIFA world ranking with 1606 points by beating Brazil, who were the first in the ranking even in the last week. They have taken over the place from Brazil just after finishing a buys world cup qualifying schedule.

Whatever,t he current FIFA world champions, Germany has beaten Norway and Czech Republic on their way to the top of the ranking and those wins have come in the qualifying round of the journey of the world cup 2018 in Russia. While, the former no. 1 Brazil has beaten Ecuador by in their home but have failed to win against Colombia and drawn the game against them by 1-1 and slipped their way to the second place of the FIFA world ranking with 1590 points, which is just 16 points less than Germany. 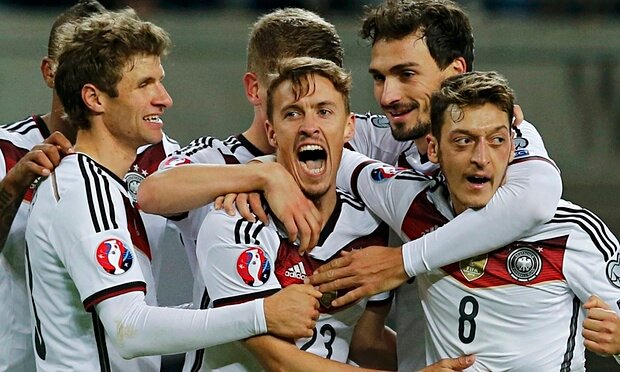 While, European champions and Real Madrid superstar Cristiano Ronaldo’s country Portugal are at the are at the no. 3 with 1386 points, Barca superstar Lionel Messi’s Argentina are at the no. 4 of the world rankings with 1325 points and have a decent distance than Portugal and the 5th placed team are no surprise, its Eden Hazard’s country Belgium who were the former no. 1. They are at the fifth place with 125 points.

The new world ranking has been out in public on Thursday which saw Germany taking over the territory from Selecaos and usurped them which is a result of the most recent world cup qualifying games.

Whatever, 1966 world champion England has slipped their way down to the 15th position while Gareth Bale’s Wales has risen up to the 13th position by moving up five places. Northern Ireland has meanwhile earned their highest ever position in their football history and climbed up to the 20th position of the current ranking.

Mexico have retained their position and have stayed at the 14th place but United States have moved down two spots and currently are at 28th place of the ranking.

Whatever, by losing their position to Germany, Brazil will surely become furious and it is for sure that they are making themselves prepared for the upcoming world cup.

They have already booked their world cup ticket in March and after that they have played two games against Ecuador and Colombia. the first one they managed to win with ease by a 2-0 scoreline, but have faile to win over Falcao, James’ Colombia and eventually ended up by drawing with them by 1-1.