After 22 consecutive matches against Germany, Germany lost to Brazil According to World Champions coach Joachim Low, his team has paid a mistake. He blamed his boy for this failure.

On Tuesday night, the hosts was beaten by Brazil 1-0 in Berlin. Gabriel Jesus sent the ball to the net in the 37th minute of the match. The Manchester City’s forward also scored one goal in 2014 World Cup against Germany and decrease some difference of 7-1. Again his goal the five time champions dismissed defending champion of the competition. 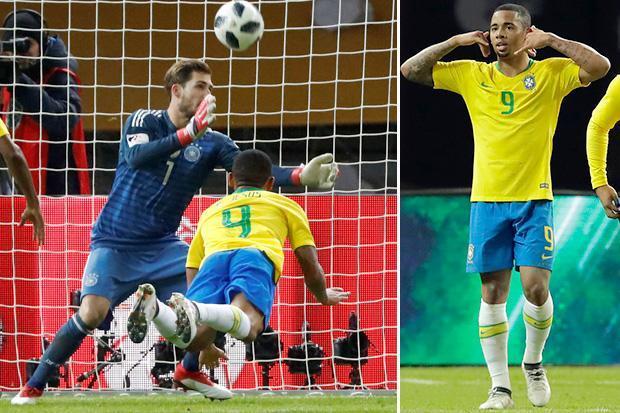 Germany could not show any significant performance against Brazil at home After the game, the team coach Luv told to find out the reason of the rate. It was not a good performance. Everyone had problems. They had made a lot of mistakes themselves and made Brazil stronger, he claimed.

On the other hand, before the World Cup trophy, the team’s performance may give some impression to Joachim Low. In the whole match, 58 percent of the ball has managed to keep a single shot aimed at his disciples.

German boss told the friendly match was good for some things to look for. The result there is not the main thing. This was field of finding mistakes and solved them after. The main problem was that they had played a lot of wrong passes in the match. And that thing helped Brazil to win the game.

Four years ago Brazil were lost by 7-1 in the semi-finals of the WC championship. In the past, the incident still chased the team and it said the Brazilian boss Tite before the match. The friendly match can not be compared with the World Cup. Yet, in this air of victory, able to finish ink of defeat. Now the 2002 WC winner felt some much relax after get back the lost to the opposition.

Along with this, their 22-odd unbeaten match record able to break. On the other hand, Brazil retains the winning streak. Along with the last three games, the total of nine games remained unbeaten on the first day of the qualifying round of the World Cup. It’s a big pleasure for the team. But the unexpected lost had not affected FIFA ranking of Germany. They exist in the same position as they were in past.

Bayern Munich has again raised doubts about the loss of Jerome Boateng injury in the losing game. In front of their Champions League quarter-final match against Spain’s team Sevia. However, Low, assured the supporters of Bayern, that the boating injuries were not serious.