Germany attacking midfielder Mario Gotze wants to win Germany again in the World Cup. He became the guy who only last year goalscorer of the final event against Argentina. Only for him Germany got most prestigious trophy for four time.

This year, the 26-year-old Gotze could not play any matches in the national team’s jersey. It’s really embarrassing for him. For him the country get a great achievement but he could not play any match in this year. But Borussia Dortmund’s midfielder believes that there is the ability to make a difference in the World Cup. As he did in the previous season. 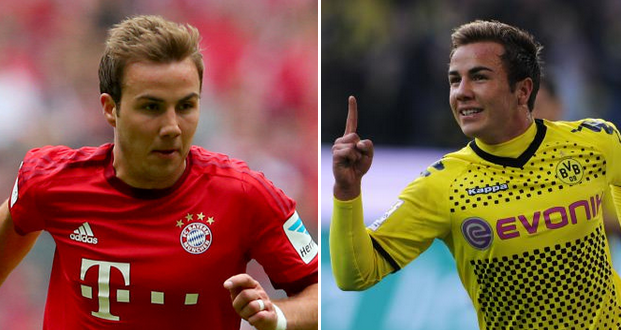 In addition to the 2014 World Cup final, the Germans made the title to their name with the only goal by losing Argentina to the final. In the previous year, the midfielder left Borussia Dortmund and joined Bayern Munich. But he lost his form due to health problems. He again left Bayern and returned to Dortmund in 2016. But he was not seen to wear the yellow jerseys in regular. Gottes played total 20 matches in the Bundesliga competition this season.

The 25 years old was last seen in last year November in Germany’s jersey, when he seen  Drawing 2-2 against France. The match was his first international match in the last year. But the midfielders dreamed of returning to the national team again. He wants to prove himself again in the Russia championship.

The playmaker told that he being confident that he could help the team win the title again. He still having the ability. The guy also accused that the national team’s coach knew about him and his ability for many years. And he did not lose it anymore. On the other hand, he had become more experienced in recent years.

The midfielder trying his best to return in the national side. He knows the next five matches are very important for him. But just by these things, he will be not going to Russia. He have to prove himself for the job.

Germany one of the most favorite contestant of WC championship. At present he holding no one position in FIFA ranking. Their confident is so high this season. Last season he shown the aggressive performance against Brazil of 7-1 score. Last friendly they lost by Tite’s team but the ranking has no change. They season they ready fight every position and want to grab the title for five time so far.