Russia World Cup gonna be the final participation of German midfielder Mesut Ozil. Ozil one of the best midfielders of all time in Germany. His contribution to the World Cup last year was outstanding. In the Brazil World Cup, he scored two goals as well as four goals in the team. He is the main weapon of midfield in the upcoming championship in Russia. But this is going to be the final World Cup in the two time playing midfielder.

They guy born in 1987, Ozil is now 29 years old. The end of the WC championship in Russia will be 30 years of age. And before the Qatar tournament starts he will be 34. That means it’s going to be his last Championship. 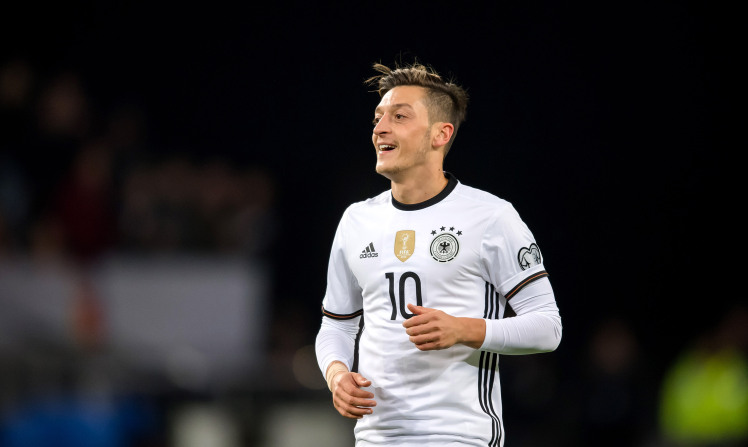 The 29 years old plays so fast and often seems to play as play maker. His creativity so awesome and the technical style very strong. 2010 Brazil tournament was his first WC competition so far. There he has played different role. The eye-catching performance and aggressive game really impressive. The Germany star called  as “assist-king” due to his creativity playing style. He was nominated golden Ball in ten tournaments.

In 2014 Brazil WC, he was part of the team when the host defeated by them at home. He become the player to grab the WC trophy. Though he did play the full match, his participation proved lucky for the whole team and they won over Argentina in final.

In UEFA Euro his contribution was so nice. He played two Euro Cup 2012 and 2016 so far. At present the play maker linking with English Club Arsenal. He joined the side in the year 2013. With the side he spent five long years. In a long journey he played outstanding for the club. It’s a very big deal for him and also a great honor to spend such a long time with the side.

In international arena, the 29 years old scored 22 goals by playing 86 games for the World champion Germany.  He has represented the nation in FIFA WC tournament for twice, where the country got one win. He becomes a versatile footballer. His contribution in any games so fast and quick.

The midfielder has a wonder club career. His Strength and power really mind-blowing. This season WC he seemed very energetic. His aim is to win the WC trophy last time. So he tried his best to give his full concentrate to the upcoming Russia championship.