Germany confident about Upcoming World Cup. After defining the group the confident level of the defending champions getting high. The German coach Iwakim Luv said with certainty that there is no reason for his team to be ‘nervous’. Even he also said that they being very confident for their performance. The boss wants to create record to holding crown holdings in the group stage.

The draw of the World Cup held in Moscow on Friday night. Sweden, Mexico, South Korea existing in the same group “F” along with Sweden who has beaten former world champion Italy. Italy will not take part in the competition it’s really horrible. Where it’s also the matter of lesson that nobody should be over confident of their past record. Because in the race of football every team should be serious about the opposition. One mistake and the game is over. 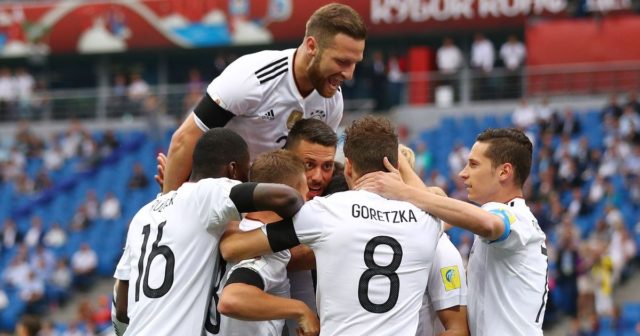 Germany to start their campaign against Mexico in the group stage to war of winning crown. In the semi-final of the Confederations Cup that held in the last June, the world champion beat Mexico by 4-1 goal. It was great performance and the world wide football fan saw the strength of the team once again. Last season the trashed Brazil very badly by 7-1 goals in the the host’s ground.

After the draw, the German coach said, whatever the situation, they have to move forward to retain their crown. And nobody can stop their determination this time.

The manager think that from the sporting perspective it become very tough group. T successfully retain the crown what they want to do in the group stage is that to create a foundation.

The boss told that they know about Mexico from the last Confederations Cup and from Europe knows about Sweden. South Korea is a bit unknown to them but this time the boss they looking forward to the group. Anything is possible such kind of group but they have nothing to do against draw. They have to move forward, he believes.

The coach mentioned that he being naturally relaxed, they have no reason to be nervous.Those whom they found as opponents are not strangers at all. They are all very serious opponents but to be the best of the group of the main goal of the defending champion.

Mexico is usually playing aggressive football. Now the side can adapt well to Sweden. As they won against Italy, they certainly would not like them.