Football club Barcelona are set their primary target on Gremio forward Luan Guilherme de Jesus Vieira. The Brazilian top flight striker is now regarded as the top choice of La Liga champion. After defeating to seal the Brazilian forward Gabriel Jesus in Summer windows, they are desperate to sign Luan in their side.

According Spanish report the 23 years forward became the part of Rio Olympic which going to take place in Summer. He is very talented and high prolific footballer so far. The bid for the potential striker set €20 million.

Luan has been made his club debut in 2014 against Leicester City, Champion of premier league. Though the early days he could not make, in recent period he became a top attacker and for his outstanding evaluation he is too demanding footballer in recent time. 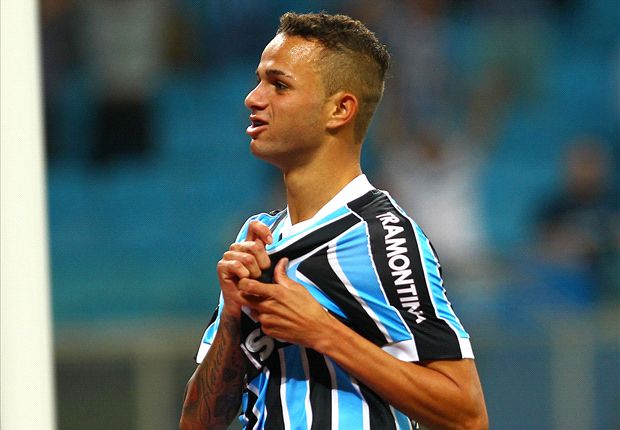 Barcelona yet not could complete the backup of the three striker MSN and they are trying their best to set the top level forward who could cover the gap of three mastermine forward of the side. The club also thrown offer to Sao Paulo’s Jonathan Calleri along with Palmeiras ace Jesus but the deal had not completed yet. So the Spanish club set mind to chase Brazilian forward Luan in the side.

Leicester City also interested to add the youngster in their side. Not only that, he also offered a 32 million bid for the Brazilian forward and Barca also agreed to pay the same compensation for the Brazilian star.

Actually the Brazilian was not so popular and that is the main cause he could not get change in renowned club and joined Porto Alegre club Gremio. But now he is famous for his fabulous performances and some leading club like Barcelona, Leicester City wanted to add him.

Brazil Olympic coach Rogerio Micale commanded to keep run here and there and not to stand in as same position. He also mentioned that they have to attack and defend with all eleven players of the team and protest the opposition in strongly. In field it is too potential to know what the are doing and what he could do in the match.

The forward is now very busy with the team to play in Summer Olympic and had not comment about the switch. It is expected that soon the deal will be confirmed and mostly chance to be held after Rio Olympic. So guys keep eyeing in our side and stay with us.