Antoine Griezmann who is the hot cake of the media since a year and a half for his sparkling form and transfer rumours has opened his mouth himself regarding the speculations. According to the newspapers, he has been linked with several clubs, specially with English Premier League giants Manchester United. It is not a new story and almost ever one knows about this gossip but the player himself talked on this topic just months ago and continues indicating as same as he said earlier.

The Red Devils, who are looking for a regular goal scorer to support Zlatan Ibrahimovic and also looking to get someone who can create regular opportunities and can serve the club for a big time and all their demands match the French forward. The former Real Sociedad attacker is a kind of player who can create certain chances, is a regular scorer, a big match player and is quite young too. He is one of the most valuable assets of the world football and is a top and long time target of many renowned clubs. He is the kind of guy who is tough to be replaced as he is quite a complete footballer, has both skill and pace. 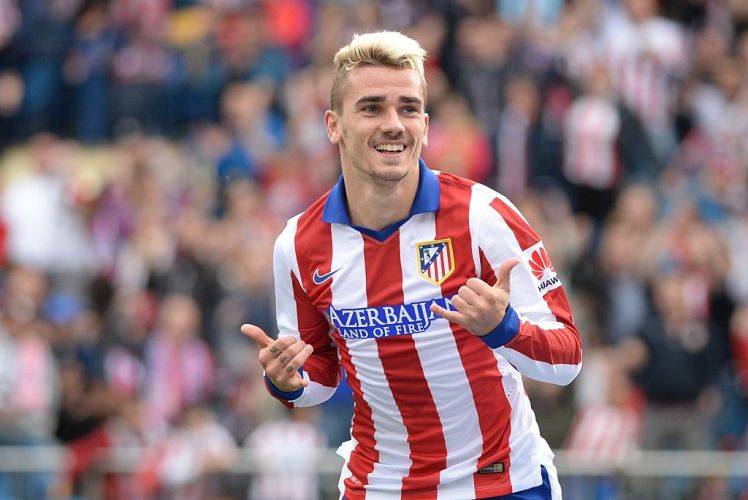 It will be a tough challenge for the Los Rojiblancos to keep him long time at the Estadio Vicente Calderon considering the demand in the football world of the France international who just turned 26 in the very last week. He has a release clause of €100 million but United have enough money to bring the Macon born footballer to make a partnership with his compatriot Paul Pogba, who is the current world record signing. Griezmann has featured in 102 matches so far for the Madrid based club and has netted on 58 occasions till date after his signing for Diego Simeone’s side after the 2014 FIFA World Cup.

The super star told when he faced the media that he is happy at his current club and loving life at Madrid. So he indicates that he won’t like to move any time soon and adds that he only cares about what happens on the pitch and nothing else. So we’ll have to wait to see whether the dream transfer happens or the talisman stays under Simeone’s coaching as the Argentine is the one who had have a great impact on the French man’s career. United will also be keen to snatch him from the bag of Atletico as he can really take them to the glory, they’re searching for since last couple of years.