Before the World Cup, one more bad news for Argentina. The dream of third World Cup to be over of Romero. After the injury his dream has been ended. Nahuel Guzman of the Mexican club Tigres has been called in the place of the experienced goalkeeper Sergio Romero.

On Tuesday, knee injury came after Argentina’s first goal keeper, Romero, ahead of the World Cup. Instead of Manchester United’s footballer, 32-year-old Guzman has played six matches for the national team. The guy has played one match after 2015, which was friendly against Singapore.

It will be great risk for the side to play with him. Argentina dreaming to play to win the golden Cup. But the situation is not their hand. In this situation they have to pray to god to save from the mess. The qualification round was not so good of Messi’s team. They almost out of the competition. Luckily they saved from the situation and got ticket of Russia. 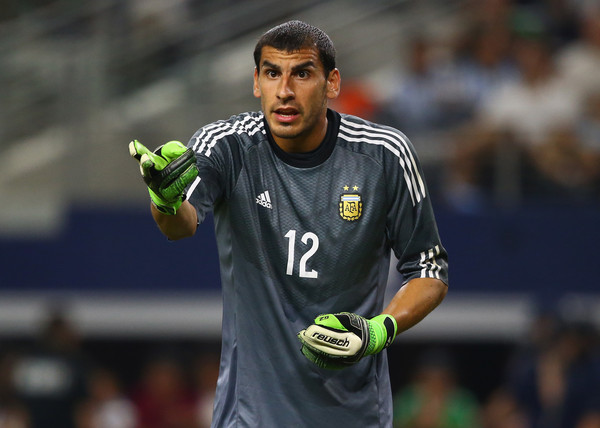 Argentina recently defeated by Spain 6-1 in the friendly match and Nigeria 4-2 in another friendly match. For the national team, in the 94 matches of the game, Romero is knocked out, thinking will be strengthened by the defense of the Force Jorge Sampaoli. Chelsea Wilfredo Cabeereo and Chelsea’s Wilfredo Kabierero, both of whom are not very experienced in the national team, are playing for Argentina, and Franco Armani, the River Plate who is waiting for the debut.

Argentina undoubtedly a good team in the competition and many thinks they are the favorite of the championship. Why not they have one after another star players in the side. All are well played and linked with the biggest club of the world. But if they rapidly lost their stars it will be too risk to win the title.

Argentina will start the WC campaign with a match against Iceland on 16th June. Croatia and Nigeria, the other two opponents of the D group in the WC Championship. The group stage are not so tough and they easily jump to the next level. They easily defeat the Croatia and Iceland. Nigeria is a tough team but in the WC they playing with the young boys. So it also not so tough for the Sampaoli team.

However, WC tournament is knocking at the door. With keep in mind all the teams are taking their necessary steps. They practice more and more and play friendlies one with other.