Arsenal right back Hector Bellerin become the top target of Barcelona for winter transfer window. According to report the Catalan were looking forward a perfect defender for the side and  the right-back is absolutely right choice for the post.

Barcelona vice-president Jordi Mestre became very impressed with the Gunners full-bach and desperate to appoint him next season. The president told Hector Bellerin regarded as great player. He revealed that Hector was a Barca product in youth. But now Hector is mature and he wanted to appoint him for Barca right back.

According to report the Catalan giant has set all things for the deal. They are ready to sell Sevilla midfielder Aleix Vidal. Bellerin will play at the place of Vidal. 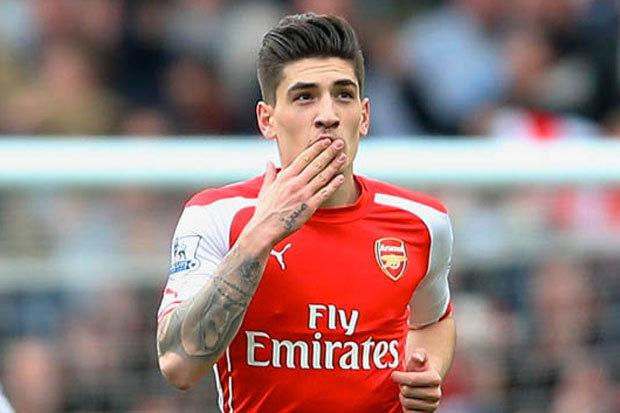 Jordi told that they have already observed him as a Cule. He just an amazing player. His nature, playing style, smile all impressed the president very well. Now Mestre want to cast the defender in their side.

Mestre mentioned that he could promise him to cast him in their side but could not promise to keep him for two years in the place of Dani Alves. It completely depend on his performance.

A number of Barca wonder boy left the club and after getting maturity they back their home field. Mestre thinks in this case it will happen the same. He believes it is good thing to play for other side to get experience and use that for home side.

He also added the case of Denis Suarez and Cesc, Gerard Pique and Jordi Alba.  He hoped the same thing would happen with Samper too.

As the player cary the Barcelona DNA they should move to this side. So without thinking anything else the defender should accept the offer. The 21 years old yet not comment for the offer. On the other side the Gunner boss also keep silent about the deal.

Arsenal also wanted to expand the Ballerina’s contract. By the state of the report upcoming October Hector and his agent Albert Botines will sit for a meeting with Richard Law. Law confirmed the club contract in London. After the meeting it will be said to something about the deal. Everything would be discussed in that meeting.

Manchester City also interested for the full back but the Gunners rejected their offer. They have yet three years rights with the full back according to their last contract. If Barcelona wanted to cast the defender they might spend 35 million euros.