After Manchester City and Arsenal, another Premier League giant has secured their place in the FA Cup semi final. Now the Semi final will be played between all 4 EPL giants as the another vacant place will be filled either by Manchester United or Chelsea. So if you are a football fan, there are plenty of exciting actions coming your way and the Tottenham has completely hammered their opposition in their way to move into the semi final which will be played at the historical Wembley Stadium.

Spurs hosted League one side Millwall in the important FA Cup quarter final clash at the White Hart Lane on the Sunday afternoon. Considering the difference between the two oppositions and the home advantage for the literally stronger side, an easy victory was expected for Pochettino’s side but The Lions had absolutely no answer for their counter parts and the hosts have absolutely hammered them with a thumping 6-0 victory. 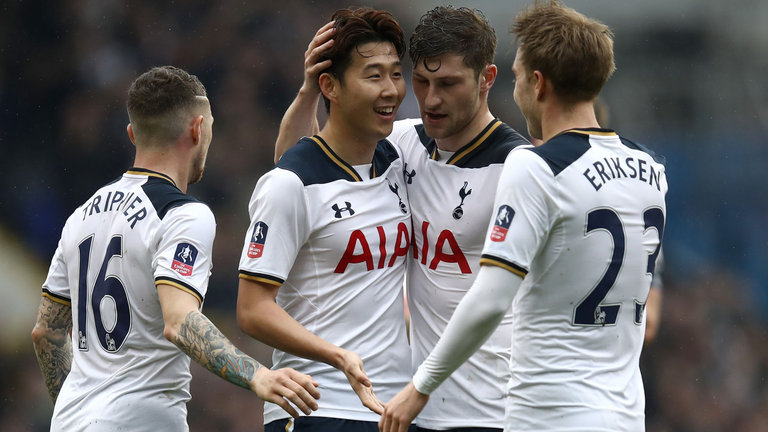 The start was not good at all for the home side as their star man Harry Kane was forced to leave the field with an injury just on the 10th minute of the match and Danish play maker Christian Eriksen replaced the English striker. Coming into the pitch the 25 years old midfielder didn’t disappoint at all as he opened the scoring on the 31st minute of the game with his 9th strike of the season. The Denmark international had netted on 8 occasions in a Tottenham shirt last season and he has already surpassed it this season. South Korean attacker Heung Min Son doubled the lead 10 minutes later, just 4 minutes before the break and they went to the half time break with 2 goals’ lead.

Son scored his personal second on the 54th minute before Dele Alli having made the card 4-0 on the 72nd minute with his 16th goal of the campaign. The young English man has continued to impress with his sparkling form and football displays. Dutch striker Vincent Janssen scored on the 79th minute and it was his 5th netting of the season for his new club. The 24 years old Chuncheon born Korean completed his hat-trick just moments before the game was ended and struck the final needle on the Millwall’s coffin. The former Bayer Leverkusen star has scored 14 goals so far in this ongoing campaign for the Lilywhites and looking for more. The Spurs’ fans just couldn’t expect any better and clinical performance from their team and certainly went back home happily.