FA Cup, one of the most historical competition of the English football which is considered the biggest cup tournament in England has produced a massive fixture for it’s grand final as the popular London derby is on it’s way towards the spectators. The fans from the capital of the United Kingdom will be pleased to think that two club from their very own town will be facing each other on this big occasion and that too at the heart of the London, the Wembley Stadium and it is going to be a cracking contest for sure.

Arsenal and Manchester City, the two EPL giants came head to head on the Sunday afternoon in the mouth watering FA Cup semi final clash at the national stadium of the country. The Gunners and the Citizens competed with each other to secure a place in the final to face the Blues of Chelsea who grabbed the ticket of the final just a day ago against the Spurs, who also knocked out defending champions Manchester United. Both of these teams have won the competition at least once in the last 6 seasons and were looking for another final but the Gunners had the last laugh on this occasion. 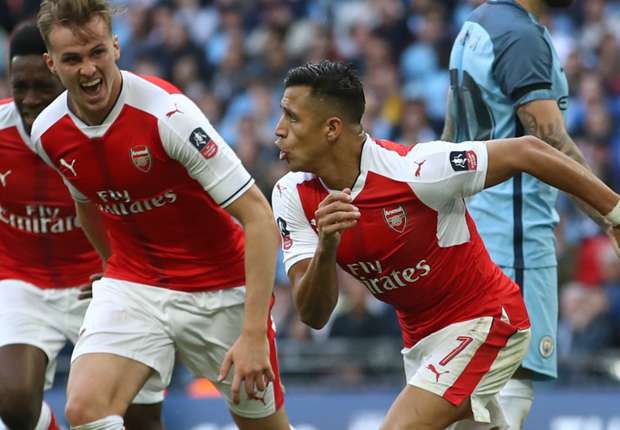 There were no goals scored in the opening period as the first half ended as a goal less draw. City’s Argentine talisman Sergio Aguero broke the dead lock on the 62nd minute of the match to give his side the lead. Gunners’ left back Nacho Monreal scored his maiden goal of the season and probably also his most important Arsenal career goal to level the score sheet just 10 minutes later. There was no final result after the 90 minutes as it ended as a 1-1 draw and the game had to be decided in an extra time.

Alexis Sanchez, the Chile super star, who has been targeted by some European giants proved why he is a desired player for any team as he scored the decider on the 101st minute of the game to send his team into the final as the Sky Blues failed to equalize. The former Barcelona and Udinese forward is in superb form and has already scored 24 goals for Arsene Wenger’s team this season. The 28 years old had netted on 17 occasions last season. So Mr. Wenger would be a pleased man with his team’s performance and the result and will be keen to win it for the 3rd time in the last 4 seasons.