Juventus striker Gonzalo Higuain has been named in Argentina squad for Italy and Spain in World Cup preparation match. However, his club teammate Paolo Diabla did not have the place. The Argentina coach very impress of Higuain’s performance and want to play in the Russia championship.

Higuain was called to the national team for the first time since June 2016. The forward who is out of the field for an ankle injury, has come in front of Argentine coach Jorge Sampaoli for 14 goals in this season. It is really an impressive performance so far.

Debala, still recovering from a hamstring injury, has not yet reached the best form. Inter city Mauro Icardi did not receive the call because he was not in the form. Actually football being a field where the best only get chance and specially when the WC championship is near. 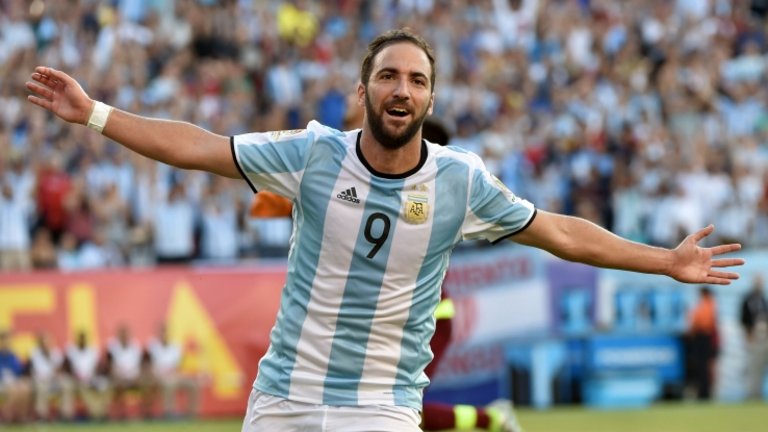 On the offensive, along with Higuain and Lionel Messi, there is a great form for Manchester City, Sohray Aguero. PSG’s Giovanni Low Sales has retained the middle position. However, there was no substitute for his club teammate Howell Pastore.

Everton Defender Funes Mori returned to the fray after knee surgery. He did not play any competitive matches in this season, however. Chelsea goalkeeper Willy Caballero, who has been waiting for the debut, has been called with Sergio Romero and Nahuel Guzman.

The 22-member squad announced by Sampaoli will then join the players in the Argentine Premier League. Sampaoli almost finalized his WC squad but ahead of the championship it can be got few chance to enter some new name. It depends only the participants performance. If they can prove themselves. They will obviously get chance to play in the tournament, otherwise they will kick out from the competition.

Argentina boss disclosed the 22 man squad for the upcoming friendlies. Here the names are.

These are the Squad of Sampaoli who will fight against Spain and Italy in June friendlies.