Gabon are getting Final preparations for the most happening tournament of the year AFCON 2017, which going to launch from 14th January.  This gonna be the 31st edition of the tournament and Gabon going to host that for first time. So the capital of Gabon, Libreville taking preparation to host the 2017 episode of the year.

As the competition takes place from January 14th, so there has not more time for it. From today there only four days to go and Gabon has to finish all the work in this short time. Usually the main works has been done but there also a few lack present ahead of the tournament. The authorities are leading very busy day in theses days. Before starting the competition they have to finish the final touch. 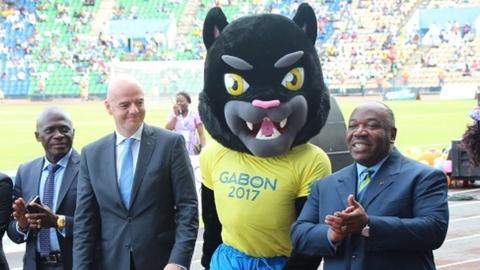 As we know this time 16 countries will take part in the competition which divided into four groups A, B, C, D. Each group consisting four team and the biggest program will be hosted by four stadiums in Gabon.

So ahead of the tournament it is too important to finish all work nicely because it become the most festival tournament of Africa and also favorite in world-wide. This is the main cause why the hosting country are taken final preparation for the tournament.

The authority is very tensed and also very exciting for the forthcoming tournament. They wanted to boost the edition this time. And that’s why he is so much worried for the arrangement.

Resident, Tresor Elbaz told that they are very proud to host such a big event in their country. He mentioned that to get the chance to show of their country internationally. Because the matches won’t be played in the same city. Apart of the capital city the event will be held on some other different city in the country. So it is the opportunity to present the country front of other nations.