Chelsea is taking every necessary steps to get prepared for upcoming 25th edition of English Premier League where the tournament is about to start in next 13th August, 2016. As per the reason, they are securing their every playing position. So, in this circumstances, the Blues boss Conte has already bought two players in order to give large amount and also took four players for free transfer. Among them N’Golo Kante and Michy Batshuayi are the two major transfer. Before the season start, Conte plans to keep important players where sell some unworthies and loan out some young players who would get chance to play with them after few years by getting enough experiences from loan clubs. According to the recent news, the Blues have loaned out three more players where Jordan Houghton is one of them. 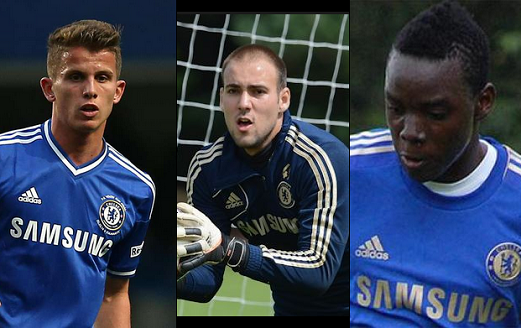 This 20 years old English midfielder is given loan to Doncaster Rovers which will compete in League Two. He is given only for half season where the loan valid till 3rd January, 2017. He joined at the Stamford Bridge in November, 2014 with three years deal. Since then, he did not get chance to perform with the Blues but to loan player all time. This is his third loan period since the joining with Chelsea. Last season, he was loan to Plymouth Argyle where made 10 appearances and scored 1 goal.

Matej Delac is the the professional goalkeeper who is the 2nd player loan to Belgian club Mouscron Peruwelz for one year long. He joined Chelsea 11th September, 2009 from Inter Zapresic and since then every season he is passing loan period with different club where still now did not play with the Blues anytime. He has successfully passed eight loan season till now in last eight years and upcoming season will be his 9th. Last year with Sarajevo, he made 26 appearances.

Victorien Angban was recruited at the Stamford Bridge in 2012 who is basically an Ivorian professional midfielder. This teenager spent his last season with Sint Truiden on loan where he played 23 appearances but scored none. Back to the Chelsea this summer, he is loaned to Spanish Granada for next year. He also made no appearance with the Blues since the joining.

Including above listed three players, team Chelsea have loaned out total seventeen players this summer. But they have brought no loan player yet in this season.

The new Chelsea boss Antonio Conte is working hard to bring a title at the Stamford Bridge where they finished the last EPL season by standing in 10th position.