EPL 2016-17 season is almost over. The champion has been confirmed. The UEFA Champions League spots and the UEFA Europa League spots have been almost confirmed. The relegated teams too have been finalized. Hull City, Middlesbrough and Sunderland have been relegated from the top tier competition of English football. They will play in the Championship next season. All 3 of them had a disappointing season in the league this year.

Sunderland : The Black Cats have finished in the very last position. David Moyes and his team couldn’t perform worse in the EPL and that’s why they will play in the Championship next season. They have just won 6 out of their 36 league games so far and got defeated on 24 occasions. They have conceded a total of 62 goals till date and scored just 28 in whole season. They earned only 24 points which is quite shocking. 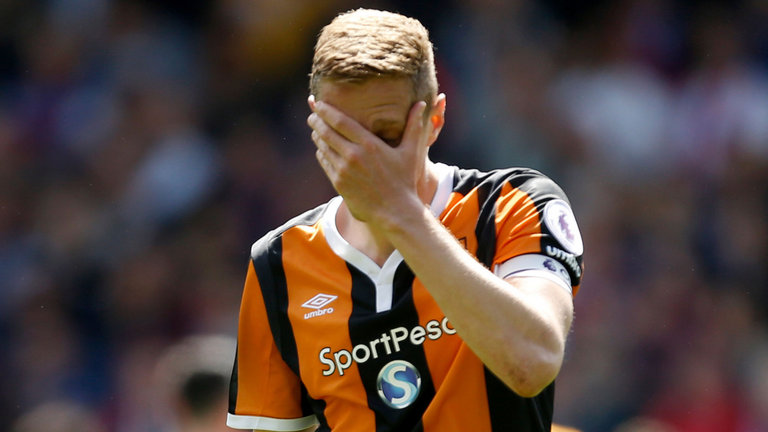 Middlesbrough : The ‘Boro finishes on 19th position. They just bagged 28 points from their 37 games so far. Steve Agnew’s lads have won just 5 times and had to face the downfall no less than 19 times. They conceded 50 goals till date and netted just 27. They will take part in the Championship in the upcoming campaign.

Hull City : The Hull tigers finishes on 18th rank in the league ladder just behind Swansea City. They bagged 34 points with just a match to go. They have conceded 73 goals, the most in this year’s league and managed to put it in the oppositions’ net on 36 occasions. Marco Silva’s guys won just 9 matches but tasted the defeat 21 times.