Ian is so much exited to sign the contract with Scorchers in the upcoming BBL. He told about the side that the Scorchers have been a force in every season of the Big Bash and he was very excited to play at their home ground.

The Englishman exclaimed that he was too surprised when the coach offered him for playing BBL 6 with them. He was searching the opportunity but not ready for the proposal. When he got the chance to play at home he would not will the opportunity by any means. 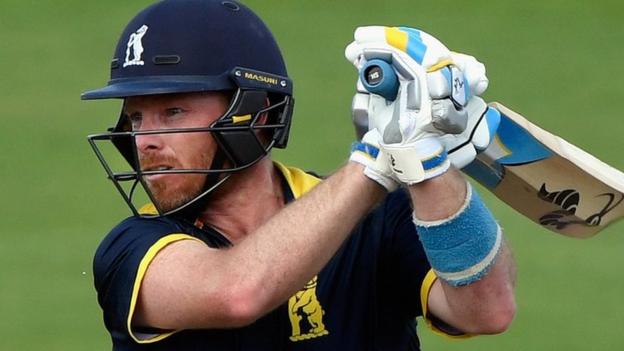 He also added that the city is really fantastic city and he was looking forward the chance to return with his family. He is hoping to play key role for the side and boost team to grab the title once again.

He had spent spent a much time in Perth in the time of tours with England. In his early career he was playing grade cricket for the University of Western Australia. And he is so desperate to join the side and playing there.

The Scorchers head coach Justin Langer also excited for the the most experienced and top level batsman in his squad.

The 34 years old is refers a brilliant shot during the International career. He opted 22 Test centuries with 40 in One Day Internationals. It’s not a simple matter. To hold such a guy in the side Justin too much satisfied.

Including in domestic side not refer he would adieu from the international duty, which going to executed on December. The fact is that BBL also considering in the December. Bit the batsman promised to play the Test against Bangladesh and India.

He mentioned every cricketer keen to play in English side but the rare of them get the chance finally. He felt lucky to get the chance and not lost the fortune by any means. He told he would play for the team until he retired.  He added this year he have to think join the national side. He also told he keeps his phone on in 24 hours and waiting for the call up which going on this month. He expecting the selectors will pay attention to him and select him for Bangladesh tour.