After finishing all rumor, the Swedish giant forward signed a one year contract deal for Manchester United. It became the second signing for the United club in this Summer Transfer clause. Since some month the Zlatan signing rumor spread out heavily on the air and finally the Mourinho’s dream came out true.

The second signing proved much costly for the club. Friday the 34 year striker penned a short period deal with Mourinho’s United by leaving the PSG Club. Zlatan joined PSG 2012 and after ending his four year deal he leave the club for Man Utd. 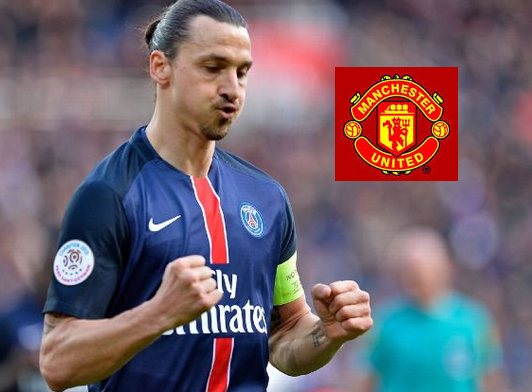 By signing at Old Trafford,  Zlatan gave his first interview on press, where he mentioned that he was absolutely delighted to be joining at Red Devil side and looking forward to play in the Premier League.

The Swedish Man also added that he could not wait to work under United boss Jose Mourinho once again. He also termed that Mourinho became a fantastic manager and he was ready for the new and exciting challenge.

The former PSG forward told he had thoroughly enjoyed his career so far and had some great memories. At present he being desperate to make more new memories in premier league.

At starting there heared many complex against the Ibra move. The main cause of the puzzel was the high amount fee of the transfer. There are  £250,000 bid per week have to be paid the giant striker, which was quite risky. But Mourinho agreed to take all kind of risk to borrow the former PSG Star and Finally he got that.

The Portuguese coach mentioned that Zlatan needed not introduce to all. The past record and statistics would speak for him. Undoubtedly Ibra became one of the best forward in the world.

He also exclaimed that the Swedish striker had won the most potential league championships in the world of football and it is the high time to play for the best league in the World. Mourinho believes the opportunity of getting play for United side give him more pleasure and his hard working ability help the team to achieve the win.

At last he told with a great surety that his talent would be delighted the fans at Old Trafford on next season and as a experienced player he could guide the young footballer of the team. It would also great opportunity for the inexperience player working with well experience player at all.