Waiting to be made in the field, there is a lot of confirmation in the 23-member squad in World Cup. The inter-Milan forward Mauro Icardi astonishing that he got the chance in the national team, Argentina. Yet he did not believe the news of the first call from national side!

Icardi did not think he would be in the World Cup squad. However, the inter-captain’s thinking was not very irrational. The 25-year-old striker did not qualify for the World Cup qualification. Even he was not in the Blue-sky team in their two warm-up matches against Italy and Spain. 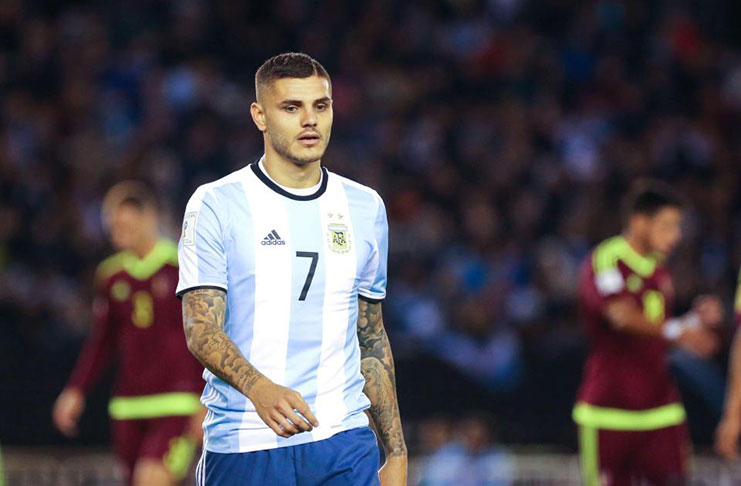 In an interview the forward told that he will be not surprised if he could not get the opportunity. He also thinks that he did not get enough chance. That was not the right time to get the chance in the national team due to the pressure on the team. But to be parted of the side the striker being very happy.

In the current season, Icardi scored 26 goals in 30 games for Inter Milan. The goal for this forward is to win the WC  championship. But he does not know exactly how much chance of him playing in the Russia tournament. But there is no problem in Icardi. He believed that One day he will must play the WC championship by wearing Argentina jersey.

In Icardi’s words,  he is now 25 years old. For the last three years, he has been leading Inter. Goal became part of the club’s history. The striker had the dream of playing in the upcoming championship. If I can not get it now, then he will be able to do it later. He will get the bullet that is written in his fate. His belief is that whatever the fortune he can get it in this year or later.’

Argentine striker is still dreaming of playing in the 2018 WC tournament. But if he will not get the chance, he will not get hurt. He has a great fan of club football where he is having a great time.

Jorge Sampaoli indication is not about happiness for Icardi. Although the Argentine coach has not announced his championship squad yet, Prior to last month’s warm-up match, Icardi has given many opportunities, but Inter-Milan captain could not prove himself. But many think that Icdadi will not include in the Sampaoli team, as the forward has been out of the squad against Italy and Spain.