ICC Champions Trophy has been brought into South Africa as a part of its global tour as the prestigious tournament is set to start at June 1st in England and Wales.

The silverware will pay a visit 19 cities of all the eight nations who are participating in ICC champions trophy 2017 in England, which will allow the fans and supporters of the national teams to enjoy the exciting view and allow them to have a closer look at the champions trophy. As the worldwide brand Nissan is global partner and official car of ICC , it has been acting as the transporter of the champions trophy in different cities and countries on the ground and also taking the trophy to some unusual routes to entertain and surprise cricket fans. 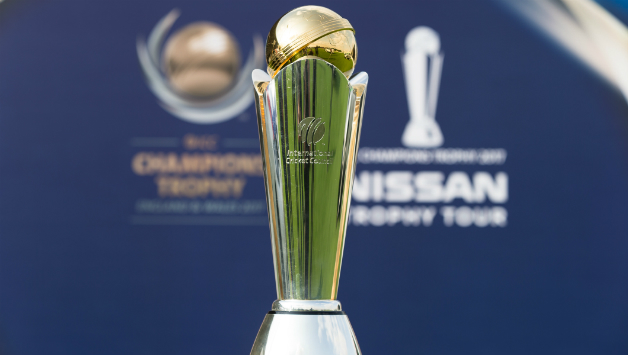 As a part of the global tour of the trophy it has arrived in South Africa on Tuesday. The trophy is to be feature in three major cities in South Africa. The cities are Johannesburg, Durban and Cape Town. It has already been displayed in Sandton, Johannesburg on Thursday, April 6th. Then it is planned to be presented in another two cities, first at Durban on 8th April and and next at Cape town whose displaying time has not been decided yet. The trophy will remain at South Africa till 12 April and after that the reputable cup will head to Auckland, New Zealand following its global tour.

South African wicket-keeper batsman Quinton de Kock was present in Sandton City Mall, Johannesburg at the reception ceremony as the representative of the Proteas to hold the trophy and to take photos with the fans. Quinton de Kock was seen very much happy at the event where fans as supporters went on to take pictures with him and he happily posed with them for pictures.

However, South Africa has won the ICC Champions Trophy only for once in its very first edition at 1998 at Dhaka, Bangladesh when the tournament was known as ICC Knock-Out. So, they will definitely be looking to put an end to their prolonged 19 year dry spell of champions trophy title as well as any major tournament title.

Former South African captain and legend Graeme Smith said in an statement earlier in this week that he thinks the Proteas have a very good chance of winning this year’s champions trophy tournament in England as he can’t find any lacking in the squad as they have a very strong batting side as well as a talented and in form bowling department also. The former opener batsman believes that this is the best chance for the Proteas to remove the “choker” tag as they might win this tournament. One fact is supporting Graeme Smith’s opinion that every single player of the squad is in form and as a team they have won 14 of their last 16 ODI which gives them an confidence boost that is very much important in such big tournaments as sometimes big teams lose their nerves just in lack of confidence.

The Proteas will play a three match One day series in England against England in May just before the tournament starts, which will give them some condition compatibility.