A further match and a further series has hanging for India. Today it will be fourth day of Mohali series. Tomorrow the last day of the Mohali Test. Team India cleanly washed New Zealand and added one more series in their name. And they waiting for one more win against England.

The credit goes to Ravichandran Ashwin who has shown outstanding performance and once again proved his ability. He became Man of the Match. And elected as Man of the Series once more! It’s not surprising at all, it is the regular figure in recent times in Test cricket for team India. Now India’s win means Ashwin’s great performance. If the team India is flying it’s only for Ashwin’s extraordinary performance.

The first innings was drawn and the second one was grabbed by India who scored 417. And England collected on 283 by losing all the wickets. The Third Innings is running and India yet to bat. They are hope full for the innings. Team India is already leading with 1-0-1. 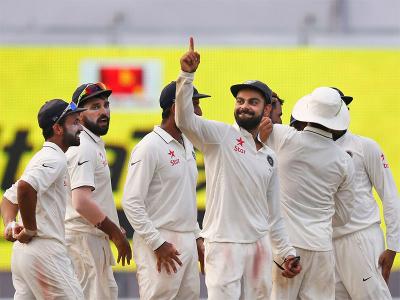 In Indore match on last month, the all rounder scored 59 runs with 7 wickets. The final day he opted the score and boost the team to collect 321 runs. It was his career-best Test bowling. He took 6 wickets for 81 runs in the first innings. Man of the Match with 140 runs and 13 wickets was his another best-test record.

Before that Man of the Series feat of four consecutive series was the only Pakistani all-rounder Imran Khan’s and the Caribbean legendary Malcolm Marshall. About five years ago Ashwin made debut for in. After his debut India has won m eight Test series. And the most interesting thing is that the seven of the series has been incredibly grabbed by Ashwin! Out of eight he became man of the series for seven times. In all, only 14 series career of test he elected 7 times as Man of the series. It is really a passionate performance.

Team India holding the legendary cricketers Sachin Tendulkar and Virender Sehwag having the honor of winning series title  for 5 times. Since 2011 no other player could win the title of Man of the series and the rest eight times has grabbed by AB de Villiers, Rangana Herath. The both are won the honor four times.

India’s rise to the top of the ICC Test rankings. Actually they has been confirmed the place in previous test series. There is no doubt the success come for the contribution of all players. But the man who is most indebted for the success, none other than all rounder Ravichandran Ashwin.