Board of Control for Cricket in India (BCCI) president Anurag Thakur has recently announced that they are going to double the Test match fees of Indian players to ensure that the players would be more comfortable for the long format cricket due to the attractive financial payment. However, the players of Men in Blue used to receive Rs. 7 lakh per five days Test match but according to the new announcement they will get Rs. 15 lakhs for long format competition.

Anurag Thakur also said to the Indian Express that it is time to give more priority to long format cricket and they are also working to make this competition popular among the new generations. He also added that if they want to make it popular then they must have to ensure better fees to the players. 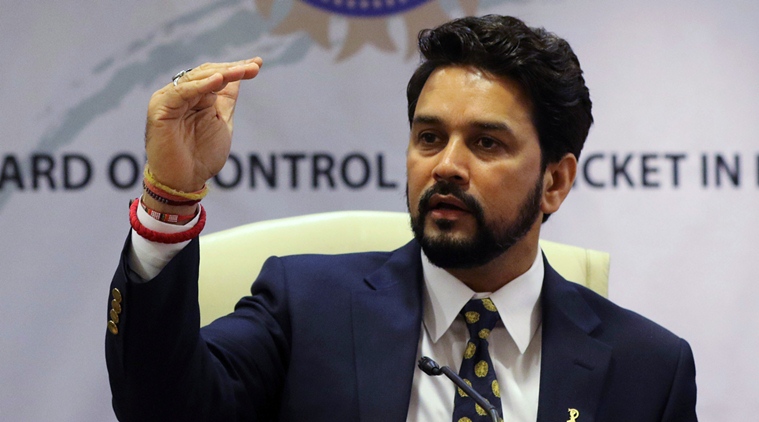 Besides, they used to popularize the match in last couple of years many times to regain it’s former glory and they introduced a new way by using pink ball in Day/Night match but that matter has just made a debate not the glory. Nowadays, a Test  competition used to place in front of almost empty galleries only but a few audiences. There is obviously an exception of it just like Ashes competitions and if India will play against a big team then it would be featured. Pink ball which was first used at the Eden Garden earlier this year.

The decision about increasing the Test match fees was first presented in a working committee meeting which has staged in Mumbai in last Monday but in that meeting, the BCCI has not reached a conclusion about it and put it for next meeting. They finalised their decision recently by the recommendations of Lodha Panel.

Team India which is also known as Men in Blue are one of the superpower team in cricket. They are currently playing against New Zealand where Black Caps are visiting India for a series which consists of three Tests and five ODIs. They have almost finished their 2nd Test where team India are won both of them. The third and final competition will start in next 8th October, 2016 at Holkar Stadium in Indore.

Besides, there are also eleven more Test matches for India to be played in this season and so, Test players of Men in Blue would be very delightful for recent announcement. It certainly help them to play with confidence for the team.