New Zealand cricket team is currently visiting India and they have started to play with them since 16th September, 2016. But first, they had to play a warm up match against Mumbai team which was actually a three days Test match. The warm up match was drawn. Later on, they played their first Test match against India in 22nd September, 2016 where the match was won by India by 197 runs. The match was placed at Green Park Stadium in Kanpur. They have also played their 2nd long format competition which has just finished yesterday and the match was staged at Eden Garden. That competition was also won by Men in Blue by 178 runs. By winning first two matches, team India has already won the Test series where the series consists of three Tests. So, team India is now looking forward to whitewash them by winning their last match which will start in next 8th October, 2016. 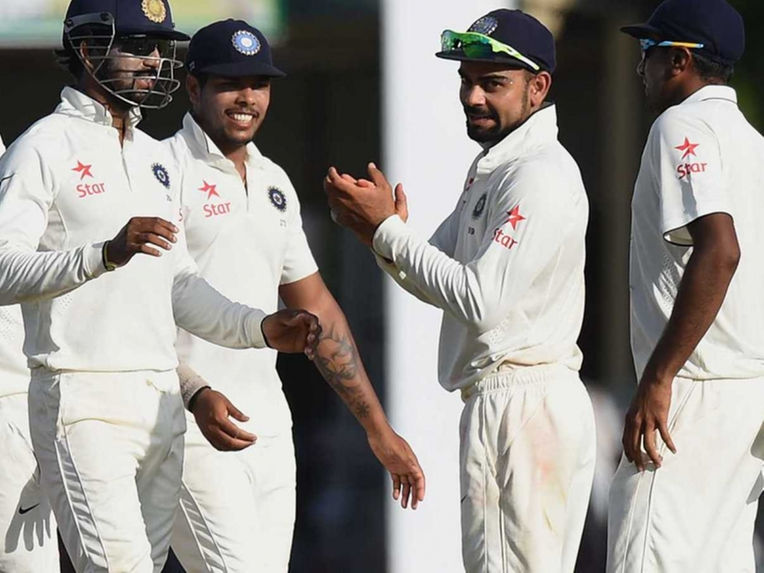 Since the beginning, Indian team played against New Zealand totally 55 times so far where 33 of the in home ground and rest 23 were in away. Among all, Men in Blue won total 19 times where 14 in home and 5 in away. And Black Caps won 10 competitions. Their inaugural Test competition was placed in 19th November, 1955 at Fateh Maidan, Hyderabad where the match was drawn. However, Black Caps last visited India in August, 2012 where they played two Test matches and both of them were won by India. But also their last series was won by Black Caps which was staged in New Zealand in February, 2014.

Besides, this Test series, team India will also play five One Day International matches against Black Caps in their home field. Also, like long format cricket, Men in Blue are ahead of them here too.

However, Indian cricket team has strong batting line up as usual and currently Test leader of Men in Blue is Virat Kohli who is the right handed middle order batsman. Though, MS Dhoni is not in the current Test squad in running series. Besides, Gautam Gambhir and Rohit Sharma are the two key players in the current squad which should be counted in upcoming third Test if they want to avoid whitewash.

New Zealand team is currently led by Kane Williamson who desperately wants to avoid whitewash and for that reason they are getting prepared themselves for their final competition. On the other hand, Kohli wants to prove himself again though he is a proven captain so far. He led his country to victory many times. He is one of the greatest batsman in India.