BCCI referred a Good News for Asian Cricket fans who are loved to watch Pakistan and India clash. It is a big news about India-Pakistan cricket clash. That means it’s time to warm up once again. It is also a shocking news that the two revals are going to meet such a controversial situation. In this situation the both rivals has agreed to play together it’s really unexpected.

According to report the both team will play in November. The tournament will be held in UAE. Now both the teams are getting prepared to play most exciting cricket form in November.

But the latest news is that India denied to play any tournament with Pakistan until Pakistan stopped the terrorism. And the team break the settlement to play the most popular “Tape Ball” cricket. The tournament will be taken place in Sharjah, UAE. There are also some other teams like  UAE (United Arab Emirates), Saudi Arabia, Oman and Qatar will participate in the event. 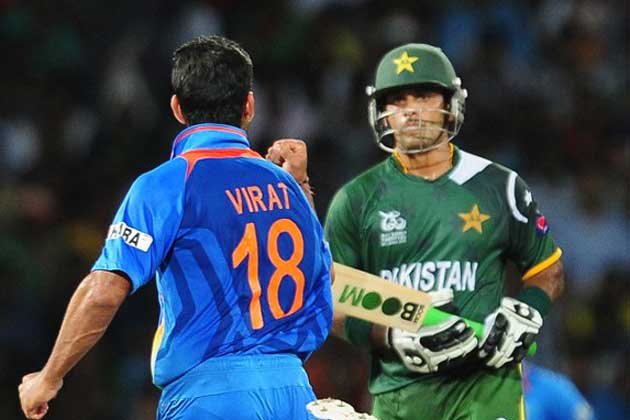 The most eye catching part of the tournament is that the two cricket legend Virender Sehwag from India and Imran Nazir from Pakistan selected as the brand  ambassadors of the tournament. They are the glamour of the upcoming event. India and Pakistan has not any tournament since long period. Last time they faced in World T20 which grabbed by India. Though the both side decided to play a test tournament in earlier but the event could take place for their political issues.

Now the water raised over head. In fact the Indian cricket board BCCI requested to ICC not doping the same group with Pakistan. So it considering the both tea will be not seen played against each other in upcoming ICC.

The board president Anurag Thakur has mentioned that the both team will not contributed any clash till they don’t stop the illegal activity. We are normal people and love to watch the rivalry of both nation on field. So we want to watch their high voltage match in again. It is high time to see them together. And if everything goes to the plans we will be seen their high prolific match in November. Tape Ball Cricket is very popular in Pakistan. And for Tape Ball cricket the both International cricket will return of their fight.

Fans of both country very exciting for the event. So guys let’s watch what happen and to get more update linked with us.