According to the ICC’s future schedule was supposed to play in India and Bangladesh last August. But it was not possible for the West Indies tour and this year the tour finally going to take place.

But where will all of a sudden the game was created doubt about it. The failure to organize the tour match in Hyderabad Cricket Association. But it all were rubbish told the game organizer. It was rumor spread out that India has refused to test organized easy financial reasons. 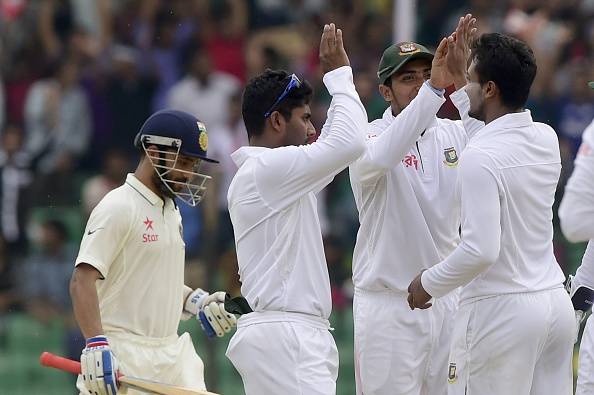 Manoj told PTI on Monday that the news which has spread out as a rumor that HCA never showed reluctance to host a Test match. Even that Organizing a three-day warm-up match before the first Test of the Hyderabad. He added that Bangladesh wanted to prepare for the match a week ago. There is enough money for that and from where and how the rumors spread he did not know.

He claimed perhaps some of the BCCI officials disqualified these unfounded rumors to spread. So he repeat again Hyderabad will host a Test match and must be held.

It Is learn to the source that team India will begin the three-day warm-up match on February 3. However, the test is not the venue, the match will be played in Hyderabad else.

Tests were scheduled to start on 8th February on first. The match postponed one day thinking about having visitors over the Indian cricket board. The match began on Monday and will end on Thursday.

Bangladesh is expected to return home on 26th January 26 from the New Zealand tour . After a few days of rest they will be went for India on 1st February 1. In the meantime, the 30-man preliminary squad for the tour of Bangladesh has been announced. In this game you can return to Test cricket with left-arm pacer Mustafizur Rahman.

BCCI finally arranged the tour in February. After New Zealand now they going to visit Hyderabad and all of the key players like Shakib Al Hasan and Tamim Iqbal, Mushfiqur Rahim and the other has included in the squad.