The Spanish giant Barcelona confirmed Messi’s injury and he is doubted for the upcoming game against Alves.  The Catalan club made an official statement. In the statement they mentioned that Messi’s have still consuming pain in the adductor muscles of his hip and he is not able to perform in the Saturday clash.

Though the Catalan side confirmed Messi’s injury they yet not set any timetable when he back in action. Messi’s bounce back from international break to Argentina gave the side their first winning in World Cup qualifying against Uruguay. But during the period the striker got groin injury.

Last week the Argentine coach Edgardo Bauza told that there have no reason to worry. He added that Messi is out from all kind of risk. He also assured that he would take part against Tuesday’s match against Venezuela. It is also notified to Bauza that Messi could miss the next Barca match that have to play on Saturday. 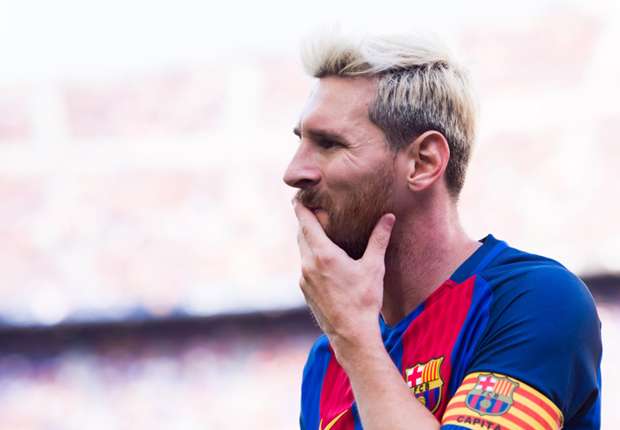 According to AFA medical report the national team captain is suffering from inguinocrural pain and due to the pain he would not participate in the next World Cup qualifying match.

They also confirmed that Messi has sent to medical and kinesiological treatment for the groin and thigh pain. The 29 years striker has been advised to continue rest and not to part in any activity.

It is also assured by the Catalan daily Sport report, Messi had not been thrown out of action and could still be involved against Alaves.

Messi posted an message on facebook about his present health condition. In his own word everything is fine. He also expressed he have to slow things down as he recover with physio, but it’s nothing to worry about. At last he thanked to his fan to support him in all condition.

It is yet not sure that Messi will play his next international duty or not. But it is also confirmed he will not take part in next two la Liga match which schedule confirmed Saturday and Tuesday.

The first match match will miss due to groin injury and the Tuesday match due to international duty. On the other hand Barca midfielder Andres Iniesta is recovering from his knee injury.  He is also get injured by playing Super Cup. He made sure he would soon back in action. He mentioned that his knee injury getting better and hopefully continue over the next few days. So guys let’s see what happen. To get latest info keep eyes in our site.