Global chip maker brand Intel has been named as the innovation partner by ICC for the upcoming Champions Trophy in June in England and Wales this year for helping coaches and the players of the national teams which are participating in this tournament to improve their performances. This makes 2017 CT the first smart cricket tournament ever. ICC is always eager to use different kind of next generation technologies to improve the game of cricket and their latest addition in this journey is to collaborating with Intel. Which will enlighten the fans as they will have more elaborated cricket excitement and experiences from this year’s champions trophy. And also this will help the players and coaches to improve their performance on field and off field. 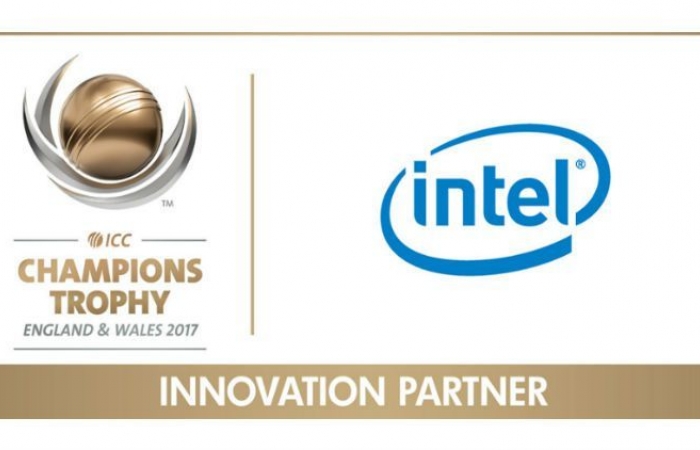 Chief Executive of International Cricket Council David Richardson has said that this is an extraordinary achievement and it is very much exciting for ICC to say that this is another milestone for ICC of focusing on innovation and technology, which will enhance the flavor of the game as well as the spectators. The features on which ICC are working with Intel for the 2017 ICC CT are things which no one in the field of cricket have seen ever before. He also added that ICC are very much happy to work with Intel and whole heatedly welcome them into ICC family.

General manager of Intel Sports Group James Carwana said about this collaboration that they are very happy to combine with ICC as Cricket is the second most popular sport in the world and it is an exciting thing to collaborate with ICC as both party has agreed to make Intel the the innovation partner of ICC CT 2017. He also added that they are very much excited that Intel is now authorized to integrate Intel technology in this tournament.

Mr. James Carwana also said about the new technologies in this tournament that, Intel is going to be deploying a wide ranged technologies as  a part of their upcoming plan on CT which will bring about a new level of data analysis system to sports and it will bring revolution in athletes training, coaches teaching and fans spectating the game on field or before TV.

In the next weeks Intel and ICC will jointly announce of the specific new technology which will be released at ICC Champions Trophy 2017.

Whatever this time ICC Champions Trophy will be played at England and Wales from the start of the month of June and the final match will be held on 18 June. Eight teams have make it to the final round of Champions trophy 2017. The teams are : Australia, Bangladesh, England, New Zealand, India, South Africa, Sri Lanka and Pakistan. These eight teams have been arranged in two groups. Australia, Bangladesh, England and New Zealand are in the same group named Group A. India, South Africa, Sri Lanka and Pakistan are in Group B. Each teams of the groups will play with each other and the top two team will qualify fir the semis and the winners of the semis will play the final. Seems like a great cricket summer is awaiting for the cricket fans all over the world as all the teams of the tournament are in pick of their forms and it is very much expected to see some great action in the field.