Iran becomes the second team to qualify for FIFA world cup 2018 which is going to be held at Russia as the beat Uzbekistan by 2-0 at home yesterday on Monday. This win made the whole country crazy with joy and they were celebrating this victory everywhere houses, streets etc.

Including this Iran will take part at the FIFA World cup for 5 times and this is the first instance that Iran are taking part in the world cup for two consecutive times.

Iran forward Sardar Azmoun who plays for Russian club Rostov FC scored the first goal at 23rd minute to take Iran ahead of Uzbekistan and the second goal from Mahdi Taremi at 88th minute seen the stadium blasting out with joy. The game was held at the Azadi stadium in Tehran. 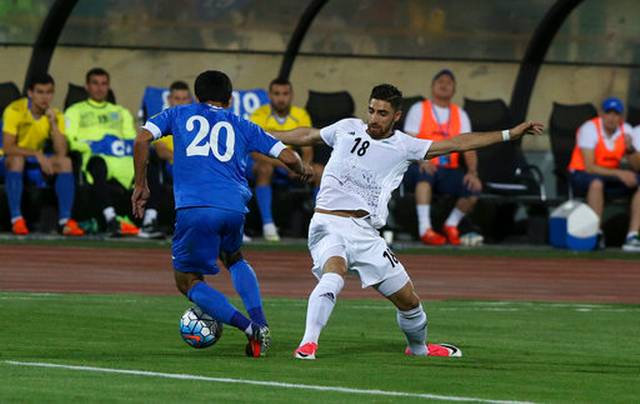 Iran have been being managed by former Portugal and Real Madrid coach Carlos Queiroz since 2011. They topped their group A of Asian zone of World cup qualifying round. Iran was unbeaten from the eight games they played and topped the group with 20 points with 6 wins and 2 draws. With this win against Uzbekistan they have got ahead of Uzbekistan with straight 8 points. Uzbekistan are in the third place and they also have two matches of the qualifiers remaining. The top two teams from this group will qualify for FIFA World Cup 2018 in Russia.

South Korea are in Second place of the group with one game in their hand. They stays only one points ahead of Uzbekistan.

The most amazing thing with Iran in the qualifying round is that they have not conceded a single goal in the whole qualifying round till now which consisted 8 match till the match against Uzbekistan and that certainly enhances the confidence of the fans as well as the players.

Current Vice President of Iran government Eshaq Jahangiri was at the stadium while the national team was writing history at home and celebrating their first ever consecutive two times participation in the biggest show on earth.

They gathered in the main streets and squares and chanted taking Carlos Queiroz’s name as, “Queiroz, We love you” and “Thank you, Queiroz”.

A supporter named Ashkan who came to join this celebration with his wife and son said that he is proud of their national team and also baded love to the coach.

He also hopes that Iran will retain Carlos Queiroz as their head coach even after the end of the world cup.

This high level of consistency of Iran national team has seen some praising words coming out from the Asian Football Confederation President Sheikh Salman bin Ebrahim Al Khalifa. He said that he hopes that They will make Asia proud by getting inspired from their back to back qualification to the FIFA World Cup. And what a way to qualify, they have not been defeated in a single qualifying round match they have played.

Whatever, Iran has two more qualifying match remaining in the qualifying round in their hand.