Iran will reach Russia first to participate in World Cup football. Russian Deputy Prime Minister Vitaly Mutko told the media on Monday. In Moscow, there was a meeting on the arrival of guests and welcoming them on Monday. Watching the teams reaching Russia, the organizers said on the eve of Iran’s first World Cup tour to move to the country.

Iran will reach Russia on June 5. They will practice outside of Moscow at Bakovka. However, during the World Cup, Iran will generally practice in Moscow Lokomotiv. IRN will play in WC tournament ‘B’ Group. The group has left the remaining three opponents Morocco, Spain and Portugal. 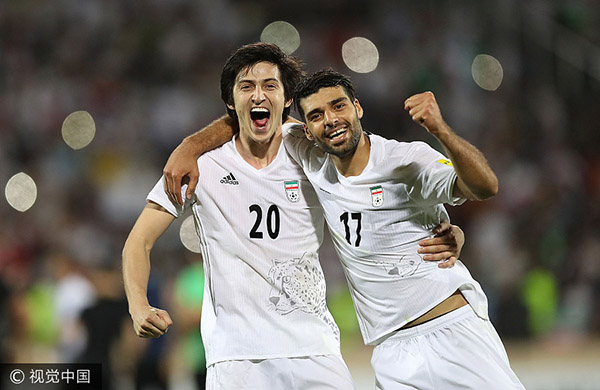 Iran will start the World Cup with a match against Morocco in St. Petersburg on 15th June. The second match of the Asian will be against Spain on 20th June and against Portugal will be the final match which schedule confirmed on 25th June.

It is first time in history the five team along with IRN, going to play the most honorable football tournament in this season. Since 2014 the nation top of FIFA ranking among the Asian team so far. According to FIFA ranking 2017, the side holding 32nd position.

However the side won three title of Asian Cup. The first  was in 1968, second 1972 and 1976 was for final. The team was also got chance in the WC football for five times. They also part of the last season Brazil tournament. But unfortunately the side could not cross the group stage for once.

This season the team very confident on their performance. They are desperate to do something in the upcoming Russia tournament. Carlos Queiroz being the head coach of the side. He will be taken care of the side in upcoming championship. According to reports the present captain Various will lead the team in the forthcoming tournament. Their aim is to pass the group stage in any how.

However, the tournament commence on the 14th June. There have only few days to start the championship.Russia is ready to host the tournament. To host the championship the country faced many problems but they able to solve all the problems. As the days are passing, they getting solve the matter so far. To organize biggest tournament like WC not easy task. It being a great challenge for the country. But all nation of the earth want to host it for once. It is very costly so far.