Colombian star Juan Cuadrado spent his last season with the Old Lady on loan and now after returning at the Stamford Bridge this summer, a rumour spread out that he would be back at the Juventus Stadium again.

Winger Juan Cuadrado arrives at the Stamford Bridge in 2nd February, 2015 in exchange for £23.3 million fee reportedly from Fiorentina but another source claimed that the fee was almost €30 million. The agreement was for four and a half year. He played for Chelsea only 13 appearances so far and failed to score any goal. Later, he was seemed a burden to the head coach Antonio Conte and due to the reason he was given loan to the Juventus for €1.5 million. The loan duration was one year long. Now, after the season ends, he has come to the Blues again with good hope and thinks that he would be the regular part with the Stamford Bridge. 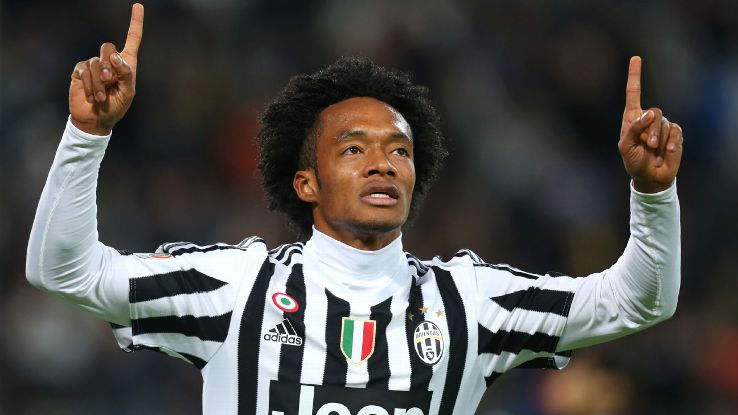 And also the current Chelsea boss Conte stated that he is very happy to get him back and he will train the Colombian and soon enough he will become a part of the Blues continuously. But, he did not give the winger any chance to perform their inaugural match of EPL 2016/17 against West Ham United where they won by 2 – 1 goals.

Failed to become as one of the Pensioners regular squad, he thought that Juve will be the perfect destination for him and there he can utilize his effort perfectly.

On the other side, another news portal claims that the Old Lady are desperate to return him again due to his brilliant performances with them in last season. In last loan season with them, this 28 years old Colombian scored five goals along with eight assists by playing 41 appearances.

Tuttosport which is a Italian news portal has claimed that Juan Cuadrado is coming back to Juventus. But Conte does not revealed yet where it seems that he fails to make him useful with the Pensioners though he revealed a secret that when he was the coach of the Old Lady, he wanted this Colombian winger.

He is playing for Colombian national team since 2010 and made 56 international appearances with 6 goals so far.