The Real Madrid star Isco completely denied to move AC Milan. Yesterday his agent confirmed that  the Spanish playmaker is not interested to join in AC Milan or any other club in this Summer and wanted to stay with his greater team Real Madrid.

He also mentioned that there were so many rumour had been raised up in the last few weekend and they got so much lucrative offer from different side but they were not interested to sell the Vikings star this Summer.

Isco’s father also hostile on his move from La Liga gian. He also announced with the agent that at present they would not ponder any transfer proposal, whatever lucrative or not. At this moment the play maker wanted to continue his career with the whites and he is no more longer interested to Milan or any other club. He also added that hopefully the contract will be expanded till 2018. 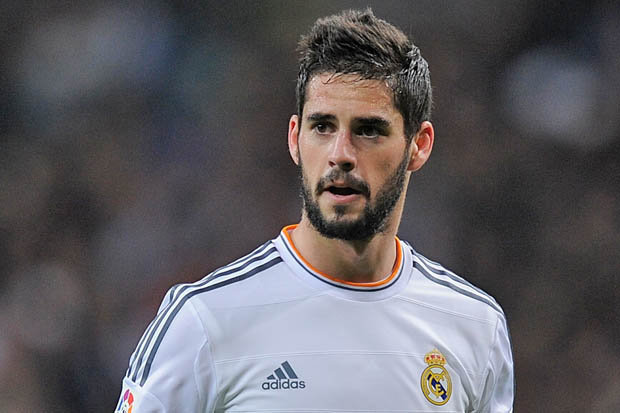 Milan are keen to take the 24 years Spanish in their side and they are ready to pay of 30 million euros for the attacking midfielder this Summer. The Gunners are also interested to bag the winger ahead of the 2016/17 Nou Camp.  The Real playmaker was offered with make a move to the Rossoneri, as it was Los Merengues who admired to sell him. But now all the rumor has been finished by the clear announcement of Isco’s agent.

On the other side the Real boss Zidane also denied to sell the Spanish professional on this Summer. He made the opinion when they won the champions league and mentioned they would not sell out the winger this season and were needed the magician in 2016/17 campaign. He termed that Isco was Blancos player and would be there and they were not thinking to sell him at the time.

Isco joined the Los Blancos side in 2013 and spent a very nice time with the club. He is mindblowing play maker. His assist and attack is too fantastic and most eye catching part of the game. He has also the ability to change game in any time. He became the part of last three successive year of the La Liga giant.

The playmaker is satisfied in the Spanish club  and wanted to stay there until his retirement. Though he opened his club career with Valencia but wanted to finished with the Vikings. He mentioned that things are not his hand but personally he wanted to keep himself in Real side.