Italy going to play their first play in this month against Sweden. Italian boss Gian Piero Ventura believed that his team must be qualified to win the challenge and play in the next World Cup to grab the title for fifth time.

As the World Cup Russia not so far, Ventura has been preparing them for the championship.  The coach accused on a press conference that the play off become very weighty moment for him and his career and obviously for the players who are liked with the side. Many players career depend on it.

Meanwhile, If they unable to cross the line it will be really unfortunate for the team. But the coach have not considered the idea of not qualifying in the match. He assured that his team must reach in the main tournament. 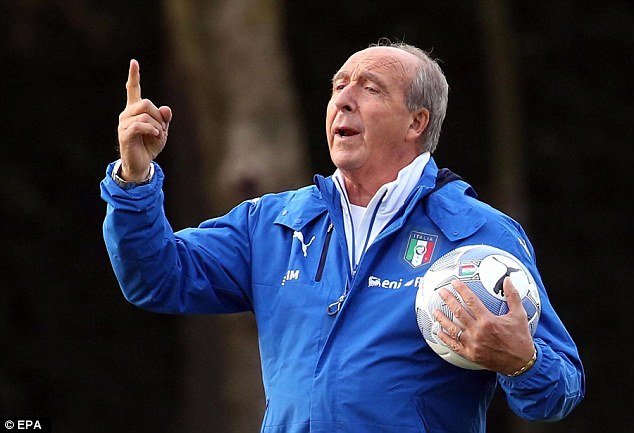 The Italian team will fly to Sweden on next Friday for the first leg in Stockholm. They will return for the next one on Monday in Milan’s San Siro.

The 69 years man seemed very confident. He told that he holding a very extraordinary team and motivate them very well. Ventura believed that the football team crossed the situation of do or die in before, so the the boss still calm.

Italy manager also told about the San Siro match, where already 65,000 tickets has been sold. To see the situation the confidence level of the manager rise so high.

Italy finished the qualifying round holding second position. Against Spain they lost by 3-0 goals.  And the game against Israel result 1-0, Bulgaria 1-0, Macedonia 1-1.

The four-time World champion had missed only WC competition. The first was in 1930 and the second time 1958. These twice year they have not qualified for the championship and the boss did not want to repeat of that.

On the other hand the Swedish boss Janne Andersson yet less confidence that Ventura. He gave a statement the clash which going to take place against Italy will be very tough. But he felt also happy because he knew that now they could start the work.

The other clash of the round between Northern Ireland vs Switzerland, Croatia vs Greece, Denmark vs Ireland. The first leg of the game will be completed 9th to 11th November. The both team also meet for second leg which will be held on 12th to 14th November.

However, which team can jump to the main tournament it’s still unknown but the matches will be very exciting to watch.