The one most favorite nation Italy had not got chance in Russia World Cup. Nearly six decades later, the star-studded country does not have the world stage. However, the team has already started work on the 2022 World Cup target. It is learned from various media that Italy has been in charge of Real Madrid’s former coach Carlo Ancelotti.

Ancelotti was fired from Bayern Munich last September. The 58-year-old international coach offered the two-year international coach Roberto Fabrissini, head of Italy’s football federation, said on Monday that Alessandro Costacurta and I have been discussing with Carlo Ancelotti. 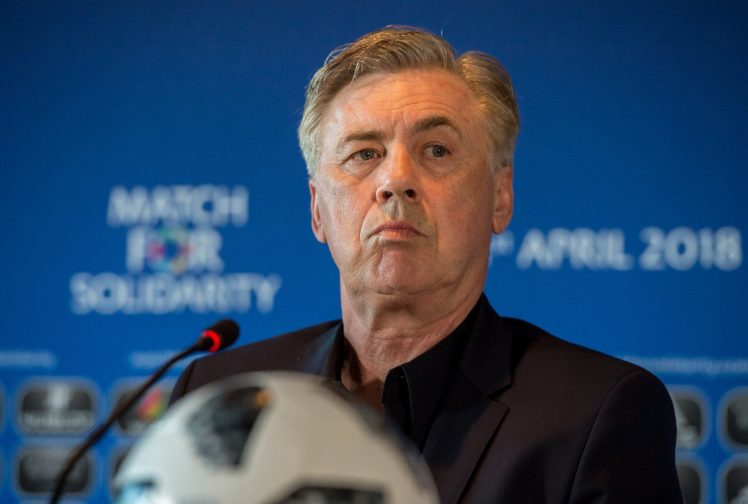 Note that Luigi di Biagio is currently in charge of Italian coaching. But Italy’s football federation has offered an uncertainty for better performance in the coming days. But it is known that he will get less salary than Bayern Munich. Apart from Uncle, Roberto Mancini, Claudio Ranieri and Antonio Kantke have also been offered for the post

Gian Piero Ventura sacked in last November for unable to reach the team in the Russia WC. The Italian football team have not any permanent head coach at this time. They already offered different person to take the responsibility of the side after out of the championship.

According to reports, the guy have made meeting with the head of Italy football Federation. But the former Bayern Munich boss did not agree. He is still silent. Perhaps the offer not be liked by him because it in less lucrative than his club contract.

Carlo staying in Rome for his personal issues. He clarify the matter that no official offer has been made between them. They always staying in the same hotel but did not talk the job. They just casually joking for the offer.

They have talked about many things as well as finance and program but even they did not talk about the post. They always maintain the rules and have not cross the limitation.

Carlos became the midfielder of Italy national team. He was outstanding player so far. On his time he plays for biggest club like Milan. After the retirement the midfielder standing him as coach. He was a successful manager in ever. In his professional career he linked with the biggest side like Milan, Juventus, PSG and Real Madrid. The guy became the one who grabbed UEFA Champions League  title for three times. It is expecting if he linking with Italy football, they the team boost in the next championship.