Finally, the doubt came true, the super powerful  Italy kicked out from Russia World Cup qualification football. While retaining the pressure throughout the match their back fall into the wall and finally they unable to sent the in the net. And the  Results Sweden made place in the main event , after defeating the four-time world champions.

The returning play-off  match held on Monday night in Milan’s San Siro, result emerged as draw. As Sweden won the first leg by 1-0, so they got the WC ticket for Russia.

However, Italy had failed to qualify for the last World Cup in 1958. And on the other hand Sweden got chance to play in the championship after 12 years long time. Last time they participated in 2006 in Germany WC. 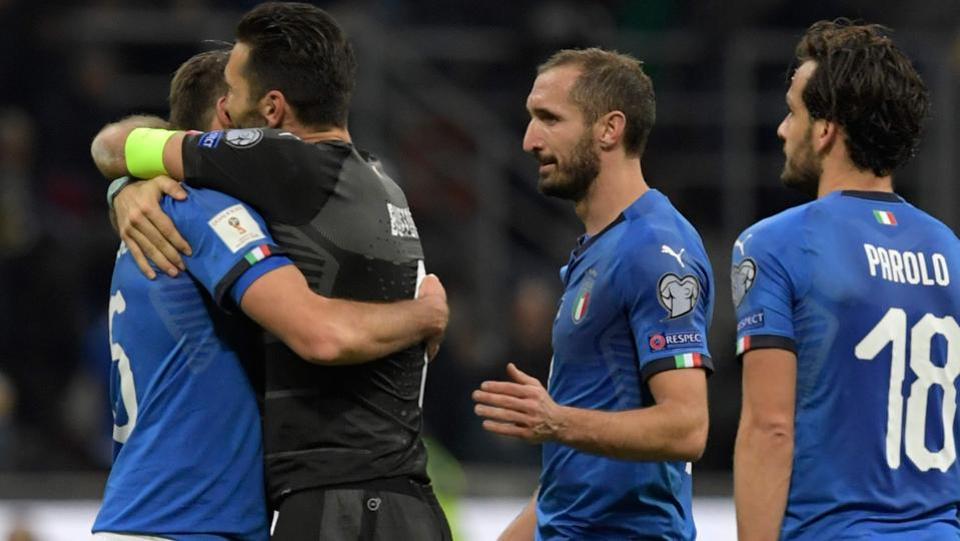 In the whole match, 76 percent of the time took possession of the ball to Italy while they made total 27 shot. Among of them six was kicked to the net, But unfortunately success remains. Swedish defenders claiming to be praised by keeping Italian aside. However, in the opponent’s D-box, Chorio Immobile and Alessandro Florence had the opportunity but the waste that a lot of time, it was also anecdotal.

It was necessary to win at least two goals in order to avoid shyness to kick out from the qualification. The aggressive football team Italy got the first significant change in the 40th minute. The goalkeeper defend the shot of the immobil from the tricky angle.

In the second half, the hosts were attacked one by one, each of which was shattered by the opponent’s defense. Sweden goalkeeper Olsen was also an impenetrable wall.

In the 83rd minute, the goalkeeper jumped Paro’s great head in the crosses of Florence. Shortly afterward, another shot from Stephan El Shaarawy returned to Olson.

Italy, after being champion in the 2006 German World Cup, failed to cross the group round in the last two editions. And now it has been knocked out from the qualification. Certainly, these superpowers are going through difficult times in their own rich football history.

Russia had a desire to take part in the World Cup, but the Wolfgang Buffet That’s not happening anymore. But after the match, the Italian captain expressed his emotional voice, not for himself but for the country’s football.

He mentioned that he felt sorry for Italian football, not for him. He also added that this being the end of regret which really very disappointing.