Barca midfielder Ivan Rakitic were the potential target of  Premier League clubs Manchester United, Chelsea and Juventus. According to Barca report the three biggest club were interested about the Croatian man. But he rejected all the offer to stay at Nou Camp.

The Red Devil side exhausted over £1 billion in the Summer transfer window. Including Paul Pogba the purchased Zlatan Ibrahimovic, Eric Bailey in their side, But the United boss not pleased with them. He wanted to sign the Barca playmaker this summer. But rejection of midfielder Ivan Rakitic broke all dream of the coach.

The Juventus and Chelsea were also desperate to bag the playmaker in the Summer. But unfortunately they are also neglected by the Croatian midfielder. 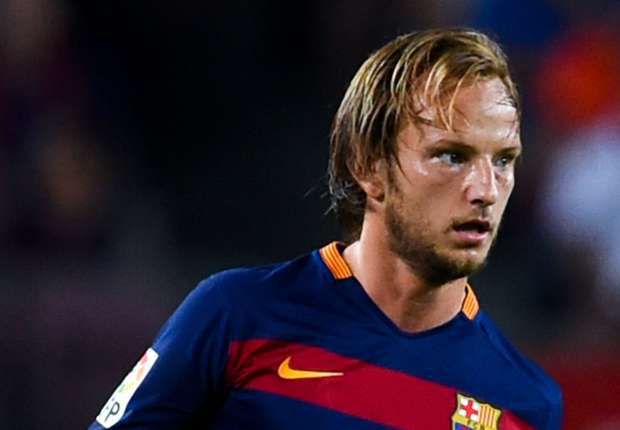 The three club were very close to make the deal and wanted to sign contracted to him. But the midfielder denied to sign any contract with them. He wanted to stay at Barca until his retirement. As he does not aware about future but his attempt is that to play for the team in his lifetime.

Barcelona also pleased with his performances. Last season Barca boss Luis Enrique keep Rakitic as regularly substitute. Now they are planning to expand his contract with Messi and Suarez. According to report the agreement will continue till 2019. The croatian joined the side 2014 and played good for the team. This season he participated in five games, three in La Liga where he scored 2. This is fantastic job of the midfielder. But in German he could not do any special for the side. Ivan thinks this season is the best season in his whole career. He is hopeful to do better in the next. He think always teams welfare.

The 28 years old started his youth career with  Basel in 2005. For his impressive performance he promoted the German side Schalke in 2007. In the year 2011 he signed for 4.5 years contract with Sevilla. The La Liga side has grabbed him for €2.5 million fee. He spent a four year successive season with the club.

He is a very cool footballer. His ball controlling power and quick moving sight become the most eye catching part of the game. For this reason Barca picked him in their side. Now he is playing with the Messi, Suarez and Neymar in the same range. Barcelona is the best football club in the world and they always considering the renowned player in their side, which is the main cause of their success.