Ivory Coast government has fixed budget of $6 million for African Cup of Nations this season. The Ivorian sports minister announced that they will donate the fund for the country considering the honorable tournament in mind.  Recreation Francois Albert Amichia also said the same topic and they are very hopeful for the country.

The Gabon tournament going to kick on 14th January and there has only two days to go. The minister has allocated the 3.9 million CFA francs budget which worth being around $6 million.

According to reports the other contenders of the competition spending the same amount of money. And all are very eager to chase the title as the Ivorian are.

There also some twist of it. A numbers Ghanaian complained that the amount which has been given to them need to be increased so that they settle their mind to grab the title excitedly. 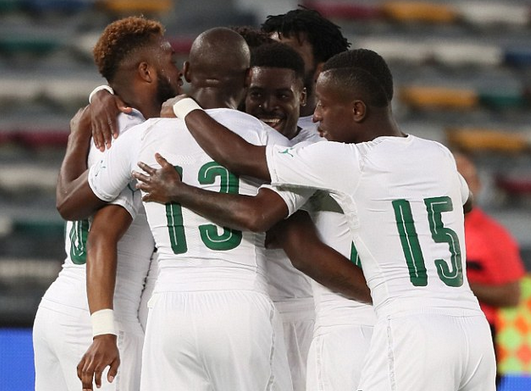 The Elephant boss Michel Dussuyer very hopeful for the team. He announced the 23 man squad in December, where he revealed that the players that he included in the squad is very popular. And they all belongs from reputed club in the world. That’s why they are hoping so much.

Some hard midfielders also included in the midfield position. As well as  Serey Die who come from FC Basel and the most talented Franck Kessie who plays for Atalanta Bergamo. Crystal Palace midfielder Wilfried Zaha also included in the squad, who recently made international moved from England. Apart of them Wilfried Bony and Salomon Kalou has been set for front line.

Ivory Coast will play in group C in Gabon tournament. In group stage round they will face there against  Togo, Morocco and DR Congo. The first event will be held on January 16 at Oyem. Against DR Congo and Morocco game will be played on 20th and 24th January respectively.

If they could gather the highest point then they will be provided the knockout round. The boys are very excited and desperate to boost the season. Along with the players the full nation hopeful for the country.