English bowler Jimmy Anderson will not visit Bangladesh due to Shoulder injury. According to the reports Jimmy kick aside from the England’s tour of Bangladesh as he injured on June.

The 34 years old injured in earlier June in the third test against Sri Lanka. It conducted as a major one which embarked him to stay out from the Pakistan series in august.

According to Scanning reports the pacer yet need time to come round properly. Due to nature of injury he will unavailable for the Bangladesh tour. Doctors advised him to take rest more time. So he could not appear in Bangladesh tour which confirmed on October. Probably the pacer able to make his back in India series on November. 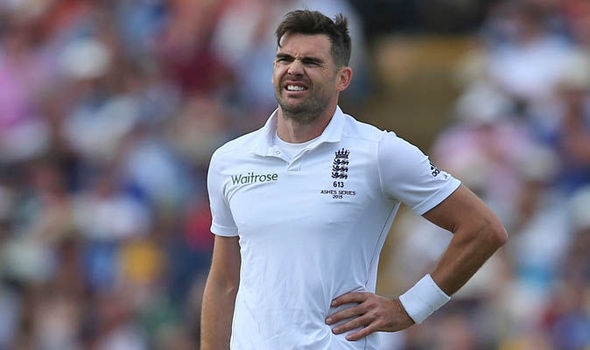 If the Anderson could fit in time, he would play the first Test at Rajkot against India. The match will execute 9th November. The pacer has still two months to recover. Hopefully he will come back in time and blast the test against India.

The Lancashire pace bowler very upset to miss the second test in his career. As a cricketer he wanted to see himself playing on field, not to seat out of court. He mentioned it’s very tough to enjoy outside of the field. But situation forced him to stay out from the series.

He told to media as 34 years old he always managed himself very well. “But there may well come a time when it will get managed. The Englishman conferred if the thing would his hand, he would have play every test in his career.

England facing some problems to visit Bangladesh. First as off their captain Eoin Morgan would not visit Bangladesh due to security issues. Jos Buttler would take his place and seemed to lead the team in the October tour. Actually the present political condition of the country is not so well again the foreign attack by the terrorist is also horrible at Gulshan. Australia had not sent their youth team for under-20 world Cup in Bangladesh. At present the situation calm down. But the panic of the situation still on the air.

Now the bowler needs opportunity to prove his fitness. And if he has not given the chance, he would be doubt for the India series. England Cricket Board has selected their squad for ODI but the Test squad for the tour is yet to uncover. So guys enjoy the upcoming events and linked with us to get more update.