Colombian international James Rodriguez has finally moved to the German giant Bayern Munich. No, this is not the permanent move but will spend a loan season with the German and if he will able to prove himself, he could be back to the Real Madrid in next season.

James Rodriguez who arrived at Santiago Bernabeu Stadium in 2014 from Monaco but in last season with Real, he struggled to get chance at the first team squad because his performance was not so good. and so, before the new season of la Liga start, he found himself at the sideline where a Spaniard Marco Asensio took his place in the first team and did continuously good. So, Real boss Zidane has sent him to spend a loan season which would be very effective. The Coach does not take the risk of selling him because Real still needs him. 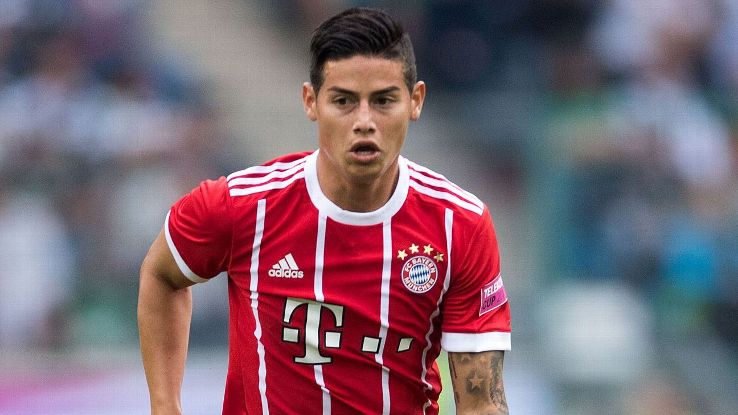 Bayern coach Carlo is in the transfer market to find some talented player to strengthen their attacking division and their first choice is the Marco Asensio. But Real as well as the Spaniard rejected the offer though Bayern Munich wanted to pay his huge release clause.

The Colombian attacking midfielder is very talented and would become a great weapon any time who is always demanded in the market. So, Real boss took the chance make him for a loan in exchange for huge amount. Recently their loan agreement has revealed and so, we know that this player would receive £496,000 in every month during loan along with £5.9 million for the club Real. Bayern will give the money with two installment reportedly. Besides, the player’s agent Jorge Mendes also received £1.8 million according to the agreement.

However, there is an obvious option to get this player at the German side permanently and in order to do so, the FCB will have to pay £42 million reportedly. The amount has been discovered by some German outlets, and they also stated that the FCB will secure his service to permanent after the loan period.

Considering the golden boy of Brazil World Cup 2014, he wants to start his career once again with the german side but should be paid handsome amount. He will take €541,670 wages in every month and the payment will not stop there but owed €250,000 bonus if he should score twelve goals in the season with new club. And another bonus payment €250,000 will come if he should score 20 goals so far.

26 years old this winger made his professional debut with Envigado in 2006. In 2008, he moved to the Banfield and in 2010, he joined Porto where he stayed three long seasons and netted 25 times so far. Before making his appearance with Real, he also played for Monaco for just one season.