Mexico National Football Team manager Juan Carlos Osorio names the Mexican squad for the upcoming 2017 FIFA Confederations Cup. The 2015 CONCACAF Gold Cup winners will be heading towards Russia with a strong squad that shows themselves dream of winning a global tournament. The team from the North America is not new at all in this tournament as it is their 7th appearance in this competition, which is at least 3 more than other participants. So they will definitely catch eyes this year and will be looking to do something big to enrich their history and achievements.

Mexico’s goal keeping post is consisted of Rodolfo Cota, Alfredo Talavera along with their 2014 FIFA World Cup hero Guilermo Ochoa who is currently playing for Spanish side Granada. Cota just played one game so far for his national team, on the contrary, Talavera and Ochoa featured in 26 and 78 matches respectively. 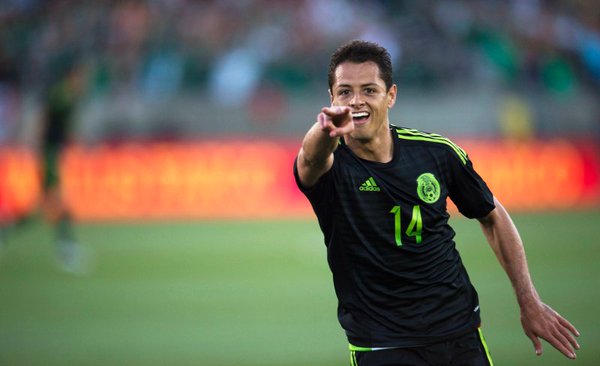 Former Barcelona man and Atlas defender Rafael Marquez will continue to captain his national side. The 38 years old has represented his country in 139 matches till date and is the most experienced footballer in the side. He is the oldest player of this year’s tournament. PSV Eindhoven’s Hector Moreno will add some extra strength at the back. Espanyol footballer Diego Reyes and Porto man Miguel Layun join them in the squad. Young Carlos Salcedo, Luis Reyes were also named along with Nestor Araujo and Oswaldo Alanis.

Osorio has named some exciting footballers for the heart position of the ground. Dos Santos duo Giovani and Jonathan both were included along with their most experienced midfielder Andres Guardado. They have featured in 95, 22 and 136 matches respectively for their national team. Porto’s Hector Herrera too has been selected along with Eintracht Frankfurt’s Marco Fabian and UANL’s Javier Aquino.

Super star forward trio Javier Hernandez, Carlos Vela, Raul Jimenez all 3 have got their places as expected. Bayer Leverkusen striker Chicharito will lead the attack and the Mexican fans will be hoping that their star man will continue his great run of form. He already has 47 goals beside his name and will look to increase the number more on this occasion. The other three selected forwards are Jesus Corona and Club America duo Oribe Peralta and Hirving Lozano.

The North American representatives will start their campaign against Euro champions Portugal on June 18, before facing OFC Nations Cup winners New Zealand and host Russia on June 21 and 24 respectively. Then they will take part in the upcoming CONCACAF Gold Cup.