Mascherano palping of playing highest match for Argentina. Javier Mascherano has touched the record of Inter Milan footballer Zanetti who was played most game for Argentina.

Mascarenhas made his way to the 142nd match for the national team against Spain on Tuesday night in Madrid. In earlier the record was only for Zanetti only. Now Mascherano touched it.

In January 2004, Mascherano joined the Chinese Super League club Hebei China for the first time in international football. With the side he plays as a defensive midfielder and often seemed to him plays at center. 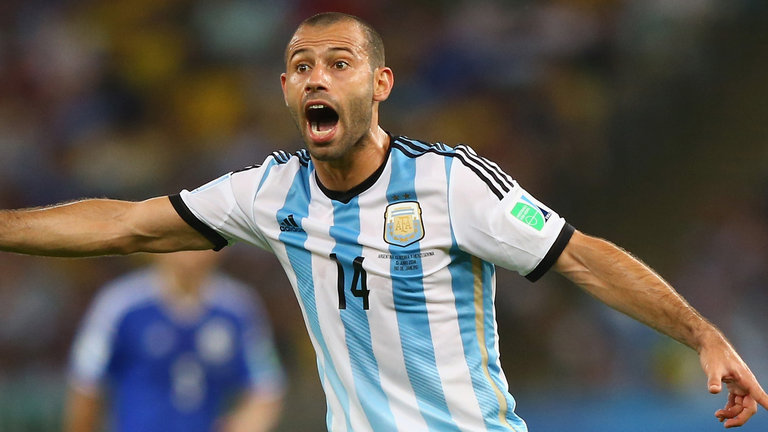 The center back also linked with West Ham and Liverpool football club 2006 to 2008. In 2010 he joined La Liga giant Barcelona. With the side he played fabulous. With Lionel Messi his combination was so rich. On 2018 he left the side and joined the Chinese club so far.

The 33 years old made his international debut for Argentina in the year 2004. In the  Copa America competition of the year he started his journey. He played outstanding on the tournament. By seeing his impressive performance his teammates announced him as the best player of the tournament.

Like that his journey was started and very soon he became a star of the team. Many biggest club wanted to purchase him. His ability and power being so strong. For his great performance soon he became popular. People started to like him and his performance. He was too superve.

If we say about the international duty, the center back able to grab two Olympic gold medals. One was  in 2004 and another was in 2008. With him the team able to grab the Copa America runners-up medals for five times. Not only that with him the side embarked as a runners-up in last season Brazil World Cup.

Mascherano will go to the World Cup in June-July to be held in the hands of owning the record. Their opponents of ‘D’ group Iceland, Croatia and Nigeria. He being so confident about the championship trophy.

The recent defeat of the team against Spain by 6-1 was so embarrassing. For that the team criticized to all. Fans and followers are so disappointing to see such a bad match. It’s about Messi who was missed the game and the result is front of you. Just one man failings and all are so disgusting. Specially when the WC competition so close. However, the full team again prepared themselves to protect the situation in the next.