Germany lose to South Korea, and kicked out from World Cup group stage. The dream of holding the crown has been broken in the beginning. The team’s coach, Joachim Low, also expressed disappointment that his team is deserving of being excluded from the group stage. After the accident the have the possibility to leave the side.

In the last match of the F group, Germany went down 2-0 to South Korea on Wednesday. By taking two lost and one win, they removed from the competition with 3 points from the bottom of the group. 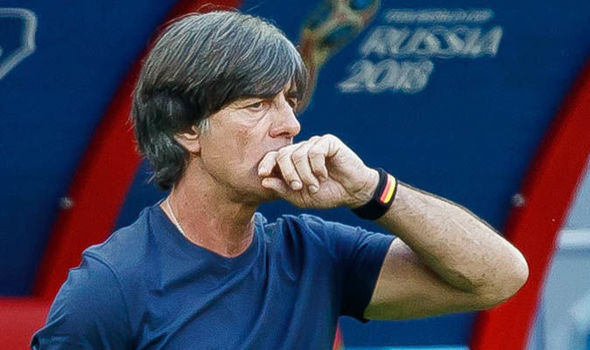 This incident made the coach very disappointed depressed. Low did not hide his frustration in the end of the match. He blamed himself for the incident. The coach did not even forgot to congratulate Sweden and Mexico on the last sixteen. He thought it was the bad luck of their team also his.

There is a lot of frustration to be missed. They have congratulated their two opposing groups in the first phase. They were not able to win this event and go to the last sixteen.

Germany did not won the match that means not that they did not want to win it. They did not get the chance to proceed in any way. Sweden move forward against Mexico. So they tried to increase the pressure. But there was a lack of quality and the team. So the boss think they are deserving of it.

Germany lost their last match to start the Russia’s event with a defeat against Mexico. Low has taken responsibility for the failure of the team as coach. He could reign from the post after the incident. The manager joined the side in the year 2006. He grabbed many trophies and titles from 2008 to 2017. Under him the team played very well. They grabbed the last WC trophy. But this season to leave from first stage really very disappointing to them and the fans. Where every one expected they will the next champion and they were a strong favorite participant of the competition.

Actually they were a bit more confident before the Mexico match. They thought they would press the button and would win. But over confident trashed them very badly.

It got bitter. That’s why the coach must take the responsibility. The whole German football defeat, the team lost. Since 2006 they have made a lot of things, at least they played semi-finals all the time. For that they need to apologize.