English hard hitter batsman Jos Buttler has finally signed the agreement with Comilla Victorians in order to get £200,000. Though, earlier it was known that Buttler about to join Bangladesh Premier League (BPL) in upcoming season. But today, some British news portals has confirmed that this wicket keeper batsman has joined Comilla already for BDT 2.10 crore.

In last October, at the absence of Morgan, Buttler shown extraordinary performance and BCB was impressed. So, this time, to pick him, some franchises teams have tried a lot but finally in exchange for huge amount, Comilla Victorians have succeeded. 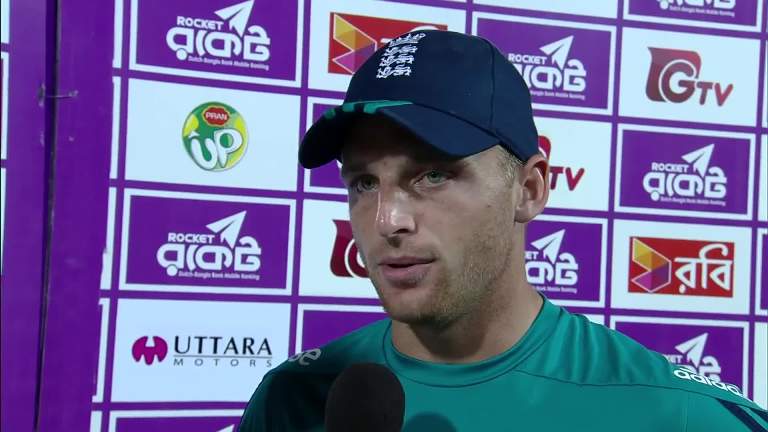 The new season of BPL 2017/18 is about to start in next November, 2017 but at the same time, team England will travel Australia to play Ashes. Ashes is a Test tournament where Jos Buttler would be in the Test team squad. So, for sure, he would not participate in the whole tournament of Bangladesh Premier League (BPL). But, Buttler is not the regular wicket keeper in England Test team where regular wicketkeeper Jonny Bairstow is also in good form. So, it is not certain that Buttler would wear white dress in Ashes. On the other hand, the franchise of Comilla has assured that Jos Buttler would play the whole season of BPL.

Not only the wicketkeeper batsman but also his national team mate David Willey will also participate in upcoming season of BPL and he will play for Rangpur Riders. There is also a rumor has spread that their another mate Liam Plunkett is also about to join in BPL as well. Though, an English organization wants the players to remember that in International matches, Bangladesh used to provide best security but in league competition, the security system would not same. But, there is no any objection about the security issue yet and in last season some English players felt good about it. So, Buttler, Plunkett and others will join here without any hesitation. But obviously, they need to take the permission from English director as well.

Bangladesh Premier League is one of the top league cricket competition in the world nowadays and in every season of BPL, many overseas players used to participate. Total four season of the tournament has passed successfully though after two consecutive seasons, in 2015, the tournament was not staged due to some internal problem. But now the organiser of BPL has overcome all the facts and this time, it will be more exciting no doubt.