Nicaragua confirm their CONCACAF Gold Cup 2017 journey in US as they have beat another Caribbean country Haiti by 4-3 on aggregate where Nicaraguan forward Juan Barrera scored a sensational hat-trick within no more than 8 minutes. They beat Haiti 3-0 in the match and qualified fir the CONCACAF Gold Cup 2017 in a 4-3 aggregate, because in the first playoff game they were beaten by Haiti by 1-3. This dramatic win led them to play in the same group with U.S. which is Group B in the Gold Cup tournament. 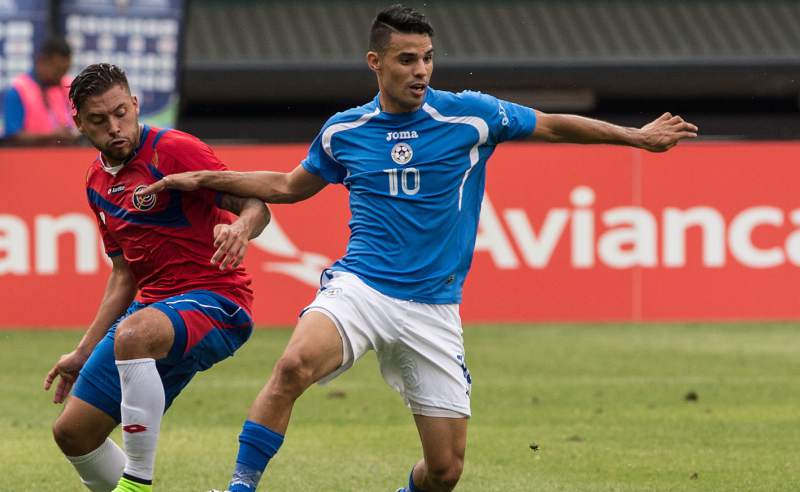 The match hadn’t seen a single goal until Juan Barrera scored in 82nd minute of the match. After that goal the former  SC Rheindorf Altach player scored another two goals in 86th and 88th minute respectively which gave Nicaragua a 4-3 lead over Haiti. Even after the 80th minute it seemed like Haiti will go to the tournament as they were ahead of Nicaragua by 3-1. But Barrera had different things in mind as he completed his hat-trick within only six minutes. Barrera, the first Nicaraguan player to play in any club in Europe, who now plays for a Guatemalan club scored the first goal in penalty and scored another two in 86th and 88th minute and completed his hat-trick. These 8 minute tornado of goals did not let Haiti come back into the match thus the match ended in 3-0 and Nicaragua won the two legged playoff in an 4-3 aggregate and confirms their journey Gold Cup. This is Nicaragua’s second ever CONCACAF Gold Cup. Their first Gold Cup was in 2009 which was also hosted by U.S.

The CONCACAF Gold Cup 2017 will begin its journey at July 7 with  Canada and French Guyana taking on each other. The opening match will be hosted by the Red Bull Arena. The final match will be played at the Levi’s stadium in Santa Clara in California on July 26.

Till date American major soccer premier league “Major League Soccer” have not had any schedule break due to anything. But this time The MLS for the first time in their history will have a schedule break at its playing calendar for the tournament’s group stage matches. No Major League Soccer matches will be played between 7 July to 17 July as the group stage match of Gold Cup 2017 will be going on at that time.

Nicaraguan Football Federation have selected 21 players squad for the CONCACAF Gold Cup play off matches. The 21 man squad for the Gold Cup is given here: