The Italian side are still keen to the 28 years old Colombian winger but Chelsea boss are not ready yet to let him leave the Stamford Bridge. It seems that Conte becomes the admirer to the Colombian international due to his last season extraordinary performances. This 28 years old winger spent his last season with Italian club the Old lady despite being player of Chelsea. Conte did not be the coach of the Blues then. he has taken the charge of the Pensioners in 2016 and then he has brought this Colombian back to the Stamford Bridge from Juventus and now, wants him to stay with them. 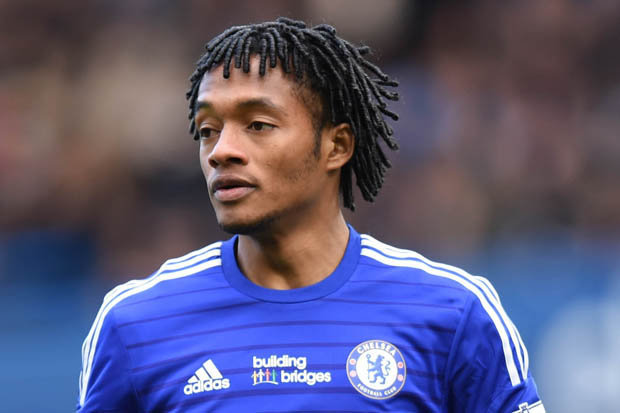 On the other side, Juventus is keen to him since long due to his amazing spell with them in last Serie A season on loan. There he almost played 28 appearances and scored four times so far. Besides, the Old lady has lost Paul Pogba who left the club to Manchester United this along with Alvaro Morata to real madrid and Roberto Pereyra to Watford. Though, they have bought Gonzalo Higuain this summer from Napoli but they need another one or two players two replace them perfectly where the transfer market is going to close officially.

This Colombian international arrived at the Stamford Bridge in 2nd February, 2015 from Fiorentina in order to get £23.3 million fee initially but unfortunately made only one Premier League appearance in last season. And next signed a loan with the Killer Lady in 25th August, 2015 for €1.5 million with one year long. Now, the Juve wants him back again either permanently or loan again. They want him by counting both possibilities.

But the Juve, where they almost have landed Marko Pjaca from Dinamo Zagreb is now no short of players but still want him before the closing date. Chelsea boss Antonio Conte is still delaying to make any deal until he will secure another replacement of him.

Besides, Conte was the previous boss of the Old Lady and then he was also keen to land this Colombian but failed to get him and now, he has got him and does not want to make the same mistake as like old boss of the Blues.

He also knows that this winger would be perfect use for his 3 – 5 – 2 formation though, Juventus has placed an offer which almost €3.5 million for next season loan. So, his next move is still in doubt.

He is currently playing for Colombian national team where he already made 56 appearances and netted six times so far.